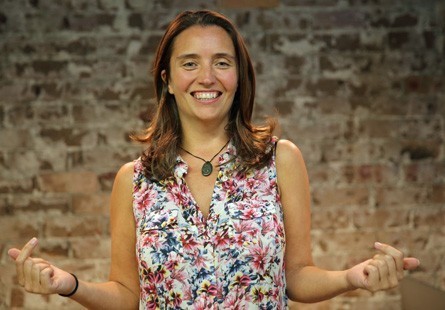 When muru-D co-founder Annie Parker first visited one of Israel’s biggest accelerators she knew it would be an ideal partner.

More than two years later muru-D has grown its portfolio to more than 40 startups and alumni and the Parker says the time has come to partner with the Junction.

The Telstra-backed accelerated has officially teamed up with its Tel Aviv counterpart to connect muru-D entrepreneurs in Australian and Singapore with the world-leaders in Israel’s startup ecosystem.

Parker says The Junction is located in one of the most important areas for startups.

“Israel is recognised worldwide as being a startup nation, for us to be able to tap into that is amazing,” Parker tells StartupSmart.

The Junction is one the top five accelerators in Israel, a country which boasts more startups per capita than any other in the world.

It is also Israel’s first accelerator for startups.

The partnership will put muru-D startups directly in front of Israel-based leading entrepreneurs and investors.

“They will get hands on advice and hands on access to people who have built extraordinary global businesses,” Parker says.

The Junction manager Amir Gelman says the partnership will open the gateway for ongoing mentorship and access to their facilities.

“We share muru-D’s philosophy of developing people and entrepreneurs first,” he says in a statement.

The partnership is about much more than just capital, Parker says.

“The Junction is not into this to make money, it’s about transferring knowledge and they’ve had enormous success,” she says.

One of the key aims of their international partnerships, she says, is to help local startups build their networks in a meaningful and manageable way.

“We help broker those relationships and conversations at the time it’s most relevant,” Parker says.

Facilitating access to international networks provides fundamental value to the entrepreneurs they help, she says.

“That’s global knowledge and experience that we can transfer to our startups,” Parker says.

Parker is excited about muru-D’s global presence because it means they can help startups build world-class businesses right here in Australia.

“It’s important to think global from day one,” she says.