Ten practical ways to turn your startup idea into reality 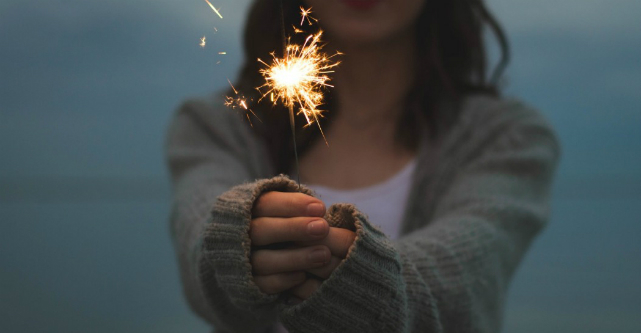 At Ideas Hoist we’ve interviewed hundreds of entrepreneurs who are trying to make a change and solve problems in their own lives or for others.

It’s a common story for how many entrepreneurs get started – identify a problem and develop an idea for how to solve it. But as many of our interviewees have told us, the hard bit is making that idea happen.

We’ve taken a look at how some of our recent interviewees are making their ideas happen and have compiled a few tips in the hope it will encourage you to make your own ideas happen.

“Trust your ability, be inquisitive, experiment and keep learning.”

John is the founder of Makeway Lab, a ‘makerspace’ designed to help hospitals and people in need. He is also an artist, curator and co-director of Blue Sky View – a company that develops interesting ideas for events, projects and exhibitions.

He says that being an entrepreneur is about learning and making mistakes – chances are in the beginning, what you thought was a great idea will change according to your customer validations.

Giving it a go, making mistakes, having a laugh and working collaboratively with your teammates are fundamental stepping-stones in creating a successful startup.

“It feels like it’s snowballing in a good way, and I love every moment of it.”

For his young age, Ben has an incredible amount of experience as a successful serial entrepreneur. He’s now laser-focused on his newest startup, Zeppee – an app that connects people who wish to buy, sell or re-home pets.

“For me, it’s all about giving it a go. I know it sounds cliché, but as far-fetched as it may seem at the time, chipping away a little bit each day is how you make things happen.” Be sure to keep your idea as realistic as possible; although daydreaming and thinking off topic can be fun, it can also alter the idea and make something simple become big and complicated. Also, that ‘scary-fun feeling’ that you’re experiencing is normal. You want your idea to create an adrenaline rush in your body.”

Behind the Label founder Marie Chung

“My goal was simple, and that was to start an online platform that would share real human stories.”

Identifying as both Chinese-Dusun and Australian, Marie is the founder of Behind The Label, a platform designed to publish human narratives in the media. Marie suggests talking your idea over with your friends and she found the more she spoke about her idea the more she validated it. Ideas need end goals because without them people would dwell, second-guess and change their mind.

“Mentors are really important to us, particularly as we are a startup business.”

With a PhD in electronic engineering, Aaron is the founder of Ellpy, is a smart ring that connects to your devices and allows you to take control of what you’re listening to and what you’re doing on the device.

Aaron’s method of making an idea happen is usually over coffee or at a restaurant but says that most ideas are discussed over coffee in cafes. He also suggests applying the ideas to see if they work and if not, it’s back to the drawing board (restaurant) for more coffee and ideas. A mixture of skill sets can help a brainstorming meeting because each person will suggest a different idea or elaborate on an existing one.

Want to be like John, Ben, Marie and Aaron? Here are 10 ways you can make your idea happen:

This piece was first published on Ideas Hoist.