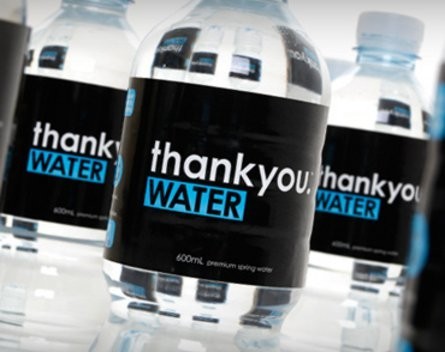 Supermarket giant Coles has agreed to stock products by social enterprise Thankyou after a social media campaign to demonstrate demand.

The Thankyou group asked its social media followers and the general public to post comments and upload videos to the Coles and Woolworths Facebook pages and get in touch through Twitter.

Founder Daniel Flynn told StartupSmart this morning that while he was surprised by how rapidly Coles agreed, it was a delayed dream come true.

“When we first launched five years ago, we thought we’d be everywhere straight away. So that’s certainly not the case at all, and it was definitely a reality check. But that’s part of building any brand and business – it takes time,” he says.

Flynn told StartupSmart on the campaign’s launch morning earlier this month that even he was surprised by the thousands of comments and likes appearing on the pages. The launch video has been watched over 70,000 times.

Flynn met with executives at Coles last Friday and found out within hours Coles would stock muesli, oats, muesli bars and water from Thankyou.

“It’s all eyes on them now. It’s a win-win for everyone, and Coles saw that. We have the same opportunity for them, so we’re looking forward to seeing their response,” Flynn says. “It would be surprising if Woolies don’t listen to their customers as well.”

Flynn says he’s aware he’s negotiating outside of the supermarket’s usual period for selecting its range.

“It is out of normal ranging time. Everyone we spoke to in this industry said to get something on the shelves this side of Christmas is literally a dream,” Flynn says, adding that Coles mostly asked about the development projects rather than the product.

The team is also in discussions for a new range of products with existing partners including 7-Eleven and South Australian supermarket chain Foodland.

Flynn says while they’re not clear yet on exactly what level of growth will be, they’re ready.

“It’s still anyone’s guess before we see the sales data. We’re focused on making sure we’ve got our supply side nailed. We need to hone the distribution model to make sure there is no breakdown,” Flynn says, adding all of its suppliers work with Coles and Woolworths for other clients, so have the understanding and capacity.