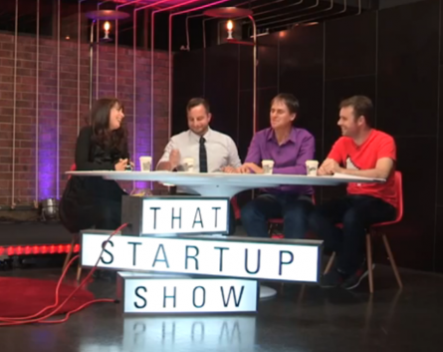 Online web series That Startup Show has been shortlisted for the Best Innovation Award at the 2014 Online Video Awards, as its creators negotiate with possible distributors.

The second episode of the web series was released on Wednesday and looks to build on the success of the pilot. The first episode, released on YouTube in August has had over 36,000 views with a global reach across Asia, Canada and the USA.

That Startup Show co-producer Sally Gatenby says the team was negotiating with a number of possible distributors, including TV.

“We’re looking at both traditional and online,” she says. “Given the amount of views we’ve had in a short amount of time, we’re looking forward to seeing how we can leverage that and reach a larger audience.”

Episode two, which you can (and should!) watch below, features Oxygen Ventures general manager and investment director Ilya Frolov, IntelligenceBank co-founder Tessa Court, and AngelCube co-founder and lead investor Adrian Stone. They, along with the host, comedian and tech commentator Dan Ilic examine the Australian venture capital landscape, the perceived lack of funds in Australia, and examines why “bizarre” innovations like Yo manage to raise capital.

“We’re really happy with how the episode has come across,” Gatenby says. “We really wanted to demystify the role of venture capital in Australia.”

Show creator Anna Reeves, a former business affairs manager for cult TV show Rockwiz in its early seasons is thrilled with how That Startup Show has been received so far.

“For us, it’s also about actively engaging our audience on this journey in a unique a fun way, which adds vaue and foster connections with the amazing startup culture we have in Australia,” she says.

“That’s actually what we love most about it.”

That Startup Show episode three and four will be filmed back-to-back in late October as part of StartupAus’ Startup Spring Festival.

Tickets are available at That Startup Show’s Eventbrite page.