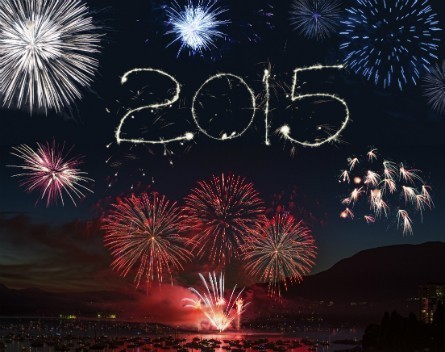 It’s no doubt that 2015 has been a year of major milestones for the tech and innovation sector in Australia.

As for the highlight, it’s hard to go past the recent appointment our tech-savvy Prime Minister, Malcolm Turnbull, who breathed life into Australia’s future economy as he talked about a knowledge-based nation ready compete on a global scale.

However, there were many more milestones and changes that occurred in 2015 that were just as momentous, so let’s take a look at what I consider to be the top 10.

Malcolm Turnbull’s $1 billion innovation and science package unveiled earlier this month was a huge milestone for the sector. The package delivered policies across the innovation spectrum to help boost startup and entrepreneurial activity.

Further to this, Turnbull elevated innovation and science to the heart of the government by creating and chairing a special cabinet committee to co-ordinate all research and science spending across government, which is set to reach $10bn a year by 2020 – something StartupAUS was strongly and passionately calling for.

The high-profile Australian startup saw its valuation soar from $6.1 billion to $8 billion on its first day of trade on the New York-based Nasdaq, in December.

Whilst many Australian commentators have said the best thing Atlassian could have done for the local sector would have been to list in Australia, it demonstrates that as a nation we do have a lot of catching up to do to reach even half of the maturity of the US markets.

With a room full of Post-its, buzzwords and diagrams, October saw the first ever technology industry and government policy hack, and it was a huge success.

The collaboration between federal assistant minister for innovation Wyatt Roy, accelerator program BlueChilli and StartupAUS, helped achieve solid, recommended policies that were actionable, and most importantly helpful, as a way to boost Australia’s future tech economy.

Amongst our political leaders the innovation conversation came loudly from the federal government, particularly towards the end of 2015.

However, it’s important to note that throughout 2015, and well before Turnbull, Bill Shorten and the Labor Party were working with many industry leaders to ‘get Australia started’. Their efforts do not go unrecognised as we now have both parties 100% committed to Australia’s future tech economy – and we couldn’t be more pleased about this bipartisan approach.

In 2015 Australia’s chief IT research facility NICTA was no more, with the government announcing a new organisation, Data61, which saw NICTA merge with CSIRO’s Digital Productivity flagship. Then-communications minister Malcolm Turnbull said having a single national organisation would enable Data61 to produce focused research that will deliver strong economic returns.

The new hub helping to accelerate the development of Australian fintech startups, Stone and Chalk, was unveiled in Sydney in March with a mission to help those in the innovation space, by subsidising collaborative office space, networking and investigating venture capital opportunities.

It was particularly momentous amongst many Sydneysiders, as the fast-growing fintech sector will further strengthen the city’s goal to be Australia’s business capital and host a globally recognised and competitive finance sector.

On the eve of the 2015 budget, Queensland Premier Annastacia Palaszczuk announced an extensive $180 million state government suite of reforms, nicknamed ‘Advance Queensland’, aimed to create jobs and make the state a world leader in innovation.

Another state that made significant headway was Victoria, with the state government creating a brand new body, backed up by a $60 million startup fund, to create hi-tech jobs. Aptly named LaunchVic, the body is designed invest in core infrastructure, improve access to capital for local startups, advocate on commonwealth legislation and regulation, as well as engage in start-up events and mentoring programs.

Following amendments to the regulation of the Employee Share Scheme passed by the Senate earlier this year, the Australian Taxation Office (ATO) released a set of standard document templates to help startups establish and operate an ESS.

The scheme allows firms to be globally competitive by supplementing employees’ salaries with equity in the company they work for, and will make a significant difference for many people working in startups.

Wyatt Roy was named the first innovation minister in Australia, in an appointment that set the Turnbull-led government apart from his predecessor. The move was seen to be beginning the process of transforming Australia’s economy into one in which innovation is encouraged.

Takeaway food delivery service Menulog was acquired for $855 million by its British rival JUST EAT, in May. The deal delivered a huge payday for co-founder and director Leon Kamenev,​ who has a majority share of 55% in the company. This is another example of an Aussie startup success story and demonstrates the possibilities of being competitive on a global scale.

With so many more achievements beyond the list above, it is hard to deny what a huge year 2015 was for Australia. While this year may have seen peak innovation and tech talk, I believe industry and government have really set the wheels in motion for what we expect to be an even bigger year next year. Bring on 2016!

Peter Bradd is the CEO of StartupAUS.