The 3D revolution is upon us – and designers need better protection 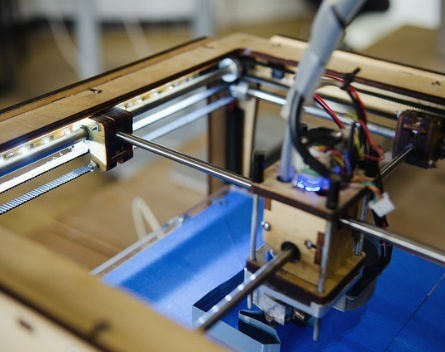 3D printing is predicted to transform the business landscape of design-led innovation. But how well protected are Australian designs from unauthorised use?

IP Australia – which administers Australia’s intellectual property (IP) rights system – is currently engaged in a comprehensive review of our design laws, led by the Advisory Council on Intellectual Property (ACIP).

While the intellectual property (IP) community, manufacturers and designers await for an Options Paper from ACIP, another commissioned report was recently released, which is based on interviews conducted with Australian firms and may prove useful to the current review.

The report explains that formal protection (in the form of design registration with IP Australia) plays only a minor role in a firm’s decision-making in the designs market.

So, what does this mean for 3D printing, or as it is formally known “additive manufacturing”, and designs?

To produce a 3D product, a designer uses modelling software, which converts a stereo lithographic (STL) file to another format dispensing instructions to the 3D printer.

In a similar way, to copy any product, a 3D scanner using laser digitisers to create a STL file, which deconstructs a 3D object into 2D slices and then “prints” layer upon layer of polymer (or the like) material to produce the final product.

As firms begin to embrace 3D printing, resulting in a shift to digital manufacturing, it is forecast that the business of making things will return to rich countries.

This historic shift has led some editorials to proclaim:

Now a third industrial revolution is under way, which will see manufacturing going “digital”.

Like past revolutions, the impact of 3D printing is initially limited by economic factors, as the technology is still relatively expensive. But as fixed costs fall and the technology competes directly with short-run manufacturing, the impact will significantly increase.

Furthermore, joint opportunities for research and industry will emerge to support high-tech industries such as aerospace, biomedical – alongside the automotive industry.

Using a 3D printer to make a product that is identical or substantially similar in overall impression to a registered design in Australia is an infringing activity. Registered design rights protect the visual appearance of a product in accordance with the Designs Act 2003.

An owner or designer then has the exclusive right to make, offer to make, import for sale, use in business, or authorise any of those acts in relation to the product, which embodies the design.

Consequently, infringement under the Designs Act occurs when a person, without licence or authority from the designer, does one of these activities in relation to an identical or substantially similar registered design.

But where many designers wait, or are unaware of the need, to register designs it may be too late to do so after the designs are publicly released.

Although 3D printing has the potential to reduce the “time to market” of new products, and simplify the manufacturing of existing products for low cost, rights holders risk a loss of sales on genuine products, and potential brand dilution through such infringement.

Despite low levels of participation in the designs system, manufacturers, designers and end-users require clarification on the subject. A defining characteristic of 3D printing is its ability to challenge many areas of law.

Currently, the remedies for preventing the unauthorised scanning of designs, or the protection of printing 3D products embodying the infringing designs outside of Australia remain limited.

One option for the review panel is to recognise that 3D printing of a registered design for commercial purposes constitutes infringement, since the current laws may not capture the full extent of infringing activities.

Another consideration, as the report suggests is:

[a]ny proposed change to the regime of design rights should reflect existing behaviours of market participants.

The authors found that firms adapted to the shortcomings of obtaining formal designs protection (perception of weak rights, time consuming, risks inherent in disclosure) by developing other strategies to communicate their reputation and quality, through their design philosophy and process.

A third way is for users of 3D printing to adopt new business models – such as the use of app stores and licensing partnerships like Hasbro and Shapeways (maker of The Little Pony) – around this new technology rather than focusing on the inflexible nature of IP laws.

After all, that is a role for the designs review.

Tyrone Berger does not work for, consult to, own shares in or receive funding from any company or organisation that would benefit from this article, and has no relevant affiliations.