The age of rattling the cage 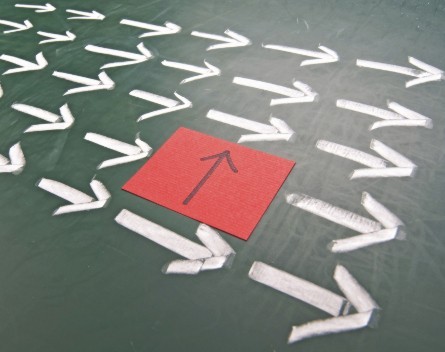 “It’s no longer the big beating the small, it’s the fast beating the slow,” says Eric Pearson, the CIO of InterContinental Hotels Group.

Pearson was quoted by Pat Gelsinger, who is CEO of US software and clloud computing company VMware, in his five imperatives for digital business keynote at the VMworld 2015 conference being held in San Francisco this week.

The five are an interpretation of the trends in a radically changing business environment where the barriers to entry have fallen dramatically, industries are globalised and the time to market for new products has collapsed.

Put together, Gelsinger believes established businesses have to be more nimble as market and industry forces are going to punish those who are too slow to adapt.

Elephants must learn to dance

Gelsinger’s initial point is the world of business is now asymmetric – incumbents have everything to lose in the face of new businesses where upstarts have nothing to lose.

Part of that asymmetry comes from the world of shared resources, which gives startups and smaller businesses access to tools that were once only available to large organisations.

An obvious example of this are the cloud computing services, however another good example of how shared resources will change industries is the self-driving car where Gelsinger projects vehicle utilisation will go from 4% to 71%.

Gelsinger points out using this car on a pay-for-use basis will change the structure of our cities which in turn changes the economics of living in suburbia and the business models built around it.

Cloud computing is at the end of its formative, experimental phase and entering into a professional era where different types of services are going to have to work together.

“We have the private cloud which is focused on IT as we know it today, pulling out costs, slow and complex applications but also has powerful governance and does what I need it to do while meeting compliance purposes,” Gelsinger said.

“On the other side we have the public cloud which is fast and is able to scale effectively but has weak governance.”

In a perverse way, it’s US National Security Agency whistleblower Edward Snowden’s revelations that are driving many businesses to maintain their own private cloud networks due to concerns about foreign powers tapping their information flows and the sovereignty of data.

The consequence of a range of different cloud environments mean they are all going to have to get along with open standards becoming more important as businesses ‘mix and match’ their requirements.

As the Snowden affair shows, IT Security is difficult, complex and messy and becomes more so as workers start using their mobile devices and data is pushed around the cloud.

Gelsinger sees the online security sector as being the one of the biggest opportunities for startups and one of the fastest growing costs for business, “the only thing growing faster than the spend on security is the cost of security breaches.”

While Gelisinger’s focus is on VMWare’s security proposition, the security mindset is going to have to be adopted by all business people. As the Target and Ashley Madison breaches have shown, the damage that can be done by a security lapse can be crippling and is a tangible business risk that senior managements and boards need to be across.

Artificial intelligence has been through a thirty-year gestation and Gelsinger told of his early days as a computer engineer working on AI projects in the late 1980s. Those early days of AI were a failure as the results as the time didn’t live up to the hype.

Gelsinger sees this as the next wave of computing as it moves from being reactive to proactive as systems become able to anticipate actions based on the data they are seeing.

While this has major ramifications for the computer industry, it also promises to change management and the role of many professions.

“This is going to change human experiences,” says Gelsinger however there will be challenges as businesses strike a balance between creepy versus convenience and invasive versus valuable.

Welcome to the age of rattling the cage

Half of the firms on today’s Tech 100 list will be gone within 10 years, was the warning in Gelsinger’s final point and he focused on the need for businesses large and small to break out in order to stay relevant.

“Welcome to the age of rattling the cage,” stated Gelsinger.

“A time when taking risk is the lowest risk.”

Paul Wallbank is the publisher of Networked Globe, his personal blog Decoding The New Economy charts how our society is changing in the connected century