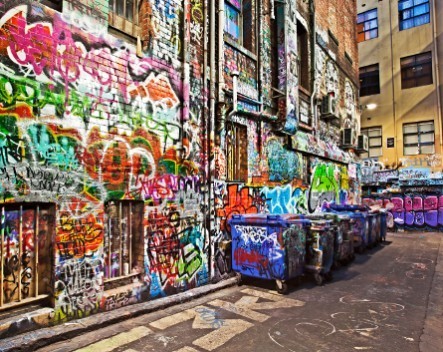 The Melbourne-based co-working space for game developers, The Arcade, is opening to the public for the first time at the end of the month.

The not-for-profit co-working space was created about a year ago with the help of the Game Developers’ Association of Australia (GDAA) the Victorian government, Film Victoria and Screen Australia, to service the growing number of independent game developers looking for space to work.

Founding member Liam Esler says it’s the perfect opportunity for the public to check out some of the exciting projects a number of Melbourne game studios are working on. It’s also a great chance for indie game developers looking for office space to check out The Arcade.

Esler says the Melbourne game development scene has grown strong over the past few years, evidenced by the success of games like Framed and Antichamber, and the growth of The Arcade.

“We went from four or five companies to about 19 now, just over a year later,” he says.

“It started out as very informal and very community-driven, with the GDAA helping to providing funding from government sources.”

Before moving into the co-working space, Esler had been working from home for Canadian-based developer Beamdog, and says the benefits of joining such a space are enormous.

“I was working from home, going insane. I found out that this space was starting up, it was still relatively quiet at the time, and I joined on day two along with a couple of other companies,” he says.

“It’s been incredible. If I’ve got a question from a tech perspective, if I’m working in Unity, I can just go and talk to some of Australia’s foremost experts in Unity at Tin Man games.

“That kind of expertise is just invaluable as a developer. There’s also lots of knowledge when it comes to marketing and PR, which can be a huge problem, particularly with indies. Once they get to the finish line they think it’s all going to happen, but the reality is that’s just when it starts.”

The Arcade open day will be held on October 30, between 1pm and 3pm. For tickets, head over to its Eventbrite page.