The Australian startup community predicts what’s to come in 2016 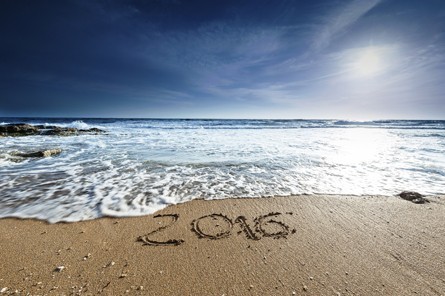 Confidence and hope is high among the Australian startup community, and according to many of the major players, 2016 will be a flagship year for the sector.

On the back of the government’s $1 billion innovation statement, four new $200 million VC funds and the innovation ecosystem placed in the national spotlight, the community has a lot of momentum that will be consolidated and built on this year, startup speaker and advisor Anne-Marie Elias says.

We asked several leading members of the Australian startup community for their predictions on the year ahead.

An increase in mergers and acquisitions

According to Blue Sky Ventures investment director Elaine Stead, this year will feature a lot more returns for VCs.

“I think we are going to see a swell of M&A activity this year,” Stead says.

“We saw this trend emerging in 2015 but I think we will see the cadence increasing this year. This will mean more exits and returns for investors who were ahead of the curve and invested in venture of the last three to four years.”

The community will consolidate and accelerate the recent growth

New Startup Muster CEO Monica Wulff predicts the startup community will begin to capitalise on the groundwork laid during 2015 and begin to rapidly expand.

“2016 will see the Australian startup ecosystem go into hyper-drive, especially in the later part of the year when the National Innovation and Science agenda initiatives come into effect,” Wulff says.

“At a state and federal level considerable attention and resources are being channelled into areas relating to startups. 2015 saw a strong establishment of fintech startups which is likely to grow in 2016.

“A focus on gender diversity in founding teams, as well as a focus on female entrepreneurship and women in tech will be a focus point in 2016.”

More Aussie startups will make a name for themselves overseas

Stead also says that with increased confidence from changes locally, many Aussie startups will begin to look overseas.

“We will see more international expansion by Aussie companies,” she says.

“The greater basin of venture capital in Australia will enable Australian companies to have a greater confidence to explore international markets for their products, platforms and services while maintaining an Aussie base, which will deliver an unprecedented local economic and cultural impact over the next decade.”

With a lack of diversity still a major concern in the startup community, startup advisor and investor Nicole Williamson has previously said 2016 will see a number of talented Aussie female entrepreneurs showcased at a national and international level.

“2016 will be our year – women as founders, women as investors and women taking on senior roles in Turnbull’s innovation leadership team,” Williamson says.

“There are some kickass young female entrepreneurs out there.

“Women entrepreneurs will charge ahead, with greater focus and alignment of venture capital, accelerators and co-working spaces, and government will support and help grow women entrepreneurs.”

VC funds will begin to deploy larger amounts of capital

Following a huge year for VC funds in 2015, Australia now has four $200 million funds that are set to begin injecting cash in startups.

“We’ll see Series A investments increase this year as the multitude of new funds close and start deploying their capital,” he says.

Startups will begin to take on the big corporates

Elias also predicts that consultancy will be a sector that experiences startup disruption and a major shake-up from some smaller players.

“We will see a shift with startups giving the more established companies and consultancies a run for their money,” Marie-Elias says.

“We have already seen this with Gen George’s OneShift with recruitment and with rising star Lauren Trlin of Buzzy Tasks. We will see the big consultancies challenged by leaner and more responsive consultancies, startups and SMEs who are more focused on capacity and building substance.”

There’ll be an increased focus on mobile mass personalisation

Digiviser founder Emma Lo Russo says 2016 will be a bumper year for startups that can stand out in the mass personalisation crowd.

“This is everything from making it easy to search, engage assess, buy and measure in a highly personalised way. This has been talked about over the past few years but few are really doing this.

“This is more than post-listening; this is live insights-actioning. Those that are early adopters are seeing significantly greater results. And since consumers always vote either with their feet or wallet, those who do this well will win.”