The Australian tech start-up brain drain: Why are our founders heading overseas? 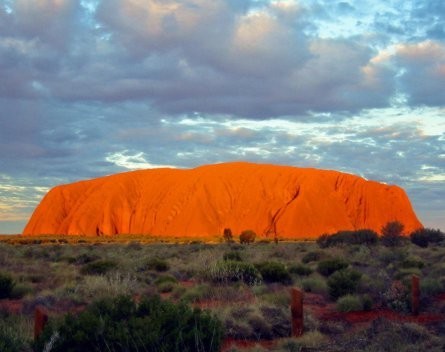 It’s a conversation that regularly occupies the Australian start-up community. Despite several smash hit start-up successes, why do so many of our most successful and innovative start-up leaders take their talents overseas?

He suggests that while the accessible market in Australia is small in one sense, it ought to be regarded as an invite to lift our eyes to others.

“Part of the problem with Australia is our home market isn’t big enough to build a massive company, but it’s not small enough to make start-ups realise they have to be selling globally from the beginning,” Liubinskas says.

Limited population mass is never a death sentence. Liubinskas suggests Australia could learn a lot from countries such as New Zealand and Israel, where tiny populations have installed an accepted wisdom that start-ups need to roll-out their services internationally as quickly as possible.

It is not difficult to understand then why “global from day one” has become a mantra for the Australian start-up community.

But having the capital to establish local sales teams in large markets can be challenging. For many lean start-ups, relocating is the most achievable option.

One example of this is online business development marketplace Elto, which launched here in 2011 and followed their customer core, moving to San Francisco early this year.

Co-founder and chief executive Ned Dwyer told StartupSmart that despite Melbourne’s impressive track record with similar start-ups, it made sense to run their company from the country (and time zone) where 60% of their customers and all their major partners were.

Another key reason behind the move was to avoid regulatory challenges. Dwyer says the regulatory environment in Australia “has made things a little bit complicated for us.”

“We registered our company first in the US then created an Australian subsidiary for our local operations. We’re meeting more and more companies who are doing this to make it easier to take US-based investment,” he says.

There are many other factors behind why start-ups regularly leave Australia. One of them concerns accessibility of funding, and all too often involves investors with business expertise in the right fields.

Nitro co-founder and chief executive Sam Chandler told StartupSmart many start-ups who have big ambitions have no choice but to leave Australia because the mid to later stage funding options simply aren’t available.

Launched in Melbourne in 2005, Nitro turned over $25 million 2013. Like Elto, the company is now headquartered in San Francisco.

“In the intervening period between when we moved in 2008 and today, later stage funding has basically fallen in total capital commitment,” Chandler says.

Information released by the Australian Bureau of Statistics revealed this week confirmed this. The total amount of new money committed to venture capital industry has fallen significantly, by 77% in 2013.

While Nitro were seeking skilled software marketers rather than capital when they moved, Chandler says the capital ecosystem is the biggest issue for Australia needs to fix, as soon as possible.

“As long as there isn’t an effective capital ecosystem that helps start-ups transition from early stage into the larger scaling stages, the talent and the capital will flee the country,” he says.

“The lack of government support for start-ups and early stage investors won’t hurt Australia this year, or even next. But over the coming 10, 15, 20 years, the nation will pay the price because it takes years for innovation to return on investment.”

Albeit, she says, one Australia can overcome.

“I strongly believe you can build a global company anywhere, especially at the beginning — when you’re refining the idea and testing product market fit.

“It’s not just about simpler regulation. The bigger issues are access to capital and resources. We’re seeing a lot of both of the latter at the very early stages now,” she says.

Training, attracting and retaining technical talent to Australia are ongoing challenges. Convincing bright people to join emerging companies in a country still finding its start-up feet is another.

Dilip Rao, outgoing chair of Asian-focused entrepreneurial network TiE, has been building tech businesses in Australia for 30 years. He is heading to Silicon Valley to launch his next start-up.

“All start-ups look for three things in the market: markets, money and muscle,” Rao says. “The biggest challenge here is cultural. My mindset is not to look to the government to do anything, because frankly governments don’t have much to do with the success of start-ups.”

Without significant action to bolster all three resources required for a vibrant, self-sustaining ecosystem of fast-growing and lucrative tech companies, Rao says rapid cultural change is unlikely, although he remains hopeful.

“Changing attitudes and growing an ecosystem takes time, success and people coming back,” Rao says. “Maybe 2014 will be the year of inflection, and I’ll be very sorry I left at exactly the wrong time. Here’s hoping.”

We’re keen to keep covering this discussion. If you have ideas and opinions to share on this issue, please get in touch: rpowell@startupsmart.com.au