The Cluster flags expansion plans after members generate 300-plus jobs 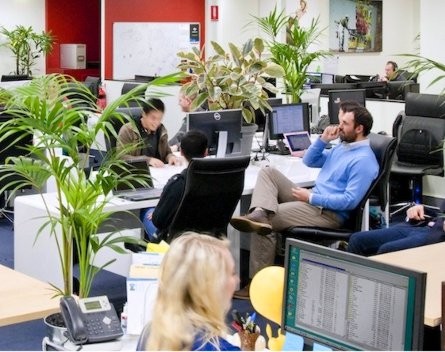 Shared office space The Cluster is looking to expand its Melbourne venue, after estimating its 200-plus members have created more than 300 jobs since its launch in 2010.

The Cluster, located in the Melbourne CBD, was founded by Kirsten Koci and Chris Mosely, who were keen to tap into the trend of co-working spaces.

Three years later, The Cluster shies away from the term “co-working space”.

“We’re very different. We’ve got high IT infrastructure and we have personal receptionists.

“Eighty percent of our members are high-growth companies, mostly in the tech or consulting space. They are attracted to The Cluster because of the flexibility and also the infrastructure.”

“We do have collaborations but really people are trying to get on with their business.”

The space is made up of open plan shared areas, private offices and meeting rooms. This is coupled with services including telephony and business support.

About 20% of The Cluster’s 200-plus members are start-ups, with the rest all well-established businesses.

Keen to see what sort of impact The Cluster community is having on the business environment, Koci and Mosely decided to analyse the growth and turnover of their members.

It’s estimated these businesses have created more than 300 jobs since The Cluster launched. Koci estimates half of the start-ups housed in the space have contributed to that figure.

“Of the start-ups, I reckon 50% of them have employed someone within six to 12 months of being there. Some have employed more,” she says.

“We have seen our clients’ businesses go from a few $100,000 turnover per annum to well over one million within short periods of time,” she says.

“We estimate the current turnover of the community is more than $100 million… We have 10 to 15 [companies] that are all over a million – probably two million.”

“We’re looking at the CBD still, South Melbourne and Richmond. Because our space needs to be so big, it’s challenging,” Koci says.

“We’ve got a couple of venues at the moment that we’re negotiating on. It could be within months or it could be another 12 months.

“We’re trying to be the first office in Australia that’s really focusing on the environment and getting away from your desks… [We’re focusing on] the whole health issue of being in an office.

In addition to a second Melbourne venue, The Cluster is looking to expand into Sydney and Brisbane.

“We have been looking in Sydney and Brisbane for appropriate spaces, but our core focus at the moment is the ‘Big Cluster’ in Melbourne,” Koci says.

“We want to cement and refine our vision before expanding to other cities. Though, we have so many people from Sydney and Brisbane begging us to start-up up there, it is tricky.

“I think it would be safe to say that we are looking to expand to Brisbane and Sydney in 2014.”