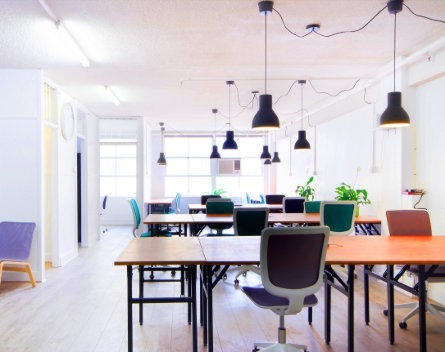 Two new co-working spaces have opened in Melbourne in another sign that co-working is here to stay and is expanding beyond the tech start-up community.

With a report exploring the link between co-working and productivity, and an outdoor co-working day just last week, the co-founders of the new spaces told StartupSmart co-working is increasingly attracting start-up founders in more traditional fields.

“I’d been interested in co-working for a couple of years, and started sketching out the style of space I wanted. I wanted somewhere a bit more professional,” Qian says. “The good thing about co-working is the relaxed atmosphere and casual feel, but if you’re in consulting, for example, you might not feel comfortable having meetings with clients in that space.”

The Collins Collective has space for 25 start-ups and has 10 tenants already, mostly business-to-business consultants and accountants.

The Workery is also tapping into the trend of smaller co-working spaces, with just 10 desks.

The Workery co-founder Delia Timms says they’re excited about sharing the benefits of co-working beyond the younger target market serviced by some of the larger co-working networks.

“The core clients we want to reach are people who are in their 30s, 40s and 50s who are entrepreneurs or consultants and have been working at home for a few years or have recently started out on their own after corporate careers,” Timms says.

Timms says their target market are start-up founders who want a quieter and more settled environment with the benefits of community and structure they don’t get at home.

The co-working trend is rolling out across the country, with large co-working spaces launching and growing in Adelaide and Brisbane earlier this year.

Co-working spaces are critical to thriving start-up ecosystems with a report into the Perth tech start-up scene attributing the rapid growth of the community to the launch of a co-working space, and local start-up leaders claiming the same is true in Tasmania.