The fairytale is over: Why startups and investors need to stop chasing unicorns 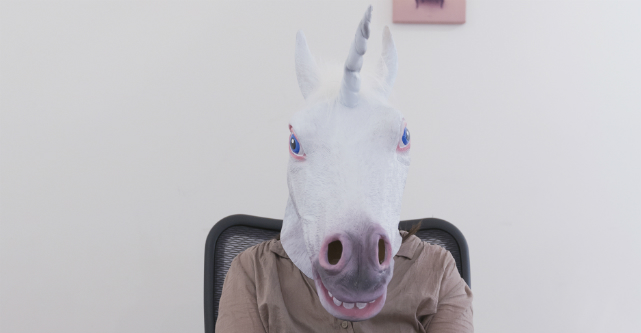 In the harsh reality of servers, coding and disruptive innovation, a fairytale has been told over the last few years: the chase of the unicorns.

It came to a head last year with everyone wanting the magic dust of a startup valued at over $1 billion.

But this year has been a wake up call for both startups and investors with the chase paving way to more realistic growth expectations and many startups stumbling and falling as reality hit.

Like Uber and Square, most unicorns have typically grown superfast, fuelled by VC and angel funding. Their initial focus was on scaling the business. Likewise for other for the millions of tech startups chasing their unicorn dreams, revenue generation was a secondary concern.

But then, like all fairytales, this too started to end with reality hitting from mid-to-late last year. Snapchat, Dropbox and Square – some of the most highly valued tech startups – sent tremors of concern through the industry after being devalued late last year.

Many companies felt the burn as they went through funding with little revenue to show on the other side.

Just this month in Australia, Queensland-based music streaming startup Guvera’s future was in jeopardy after the ASX blocked its listing. Which to many doesn’t come as a surprise given that Guvera’s own prospectus showed revenue of $1.2 million and net loss of $80 million in 2015.

The company’s IPO would have valued it at over $1 billion, putting it squarely in the unicorn territory.

While the investor and startup community is split on whether ASX’s decision was right or not, the process showcased how big a difference there was between revenue and valuation.

Was the ASX wrong in blocking a high-risk tech startup and does it send a negative and old-fashioned message to other high-risk startups looking to scale? Or did they help investors save money that could have otherwise been burnt through quickly?

Time may or may not tell.

For the first time since 2011, there was no IPO in January 2016, making media and analysts calling for a pause on free funding.

Are all these a signs we are heading for a bust like the dot com era?

Unlike the dotcom era, technology and startup culture has permeated every fabric of our lives, from how we eat breakfast to tracking our sleep and everything in between – tech is omnipresent and will get even more so.

Aileen Lee, the person who coined the term unicorn in 2013 recently told Vanity Fair that last summer was when unicorn madness hit peak.

“I just think the train of innovation and technology changing every industry on the planet is happening, and will continue to happen.

I don’t think we’re in a downturn in terms of technology usage. I think we’re in a valuation-adjustment period where we’ve basically had very bullish markets both in the private and the public sectors for tech stocks over the past three to five years, and valuation multiples just got out of whack. There was too much money pouring into tech; and a perception developed that the only way to win was to offer a higher price.”

The perception and habits of the startup community will evolve in response to these scenarios. Typically, even when true innovation happens, there’s been a tendency not to attempt to create a business with a long-lasting plan but instead to try and exit with a corporate buyout for a handful of cash.

The model will shift from just providing a service to building a viable, revenue-generating business from the start.

While many angel investors will and should continue to fund smaller amounts in early-stage, high-risk startups, VC’s doing mid-to-late stage funding will take pages out of the corporate handbook and shift their focus to more resilient businesses that are well run, profitable from the start and have healthy balance sheets.

So while the chase for unicorns may be slowing down, we now have the opportunity to shift and align the startup business model to a new future and a more realistic storyline.