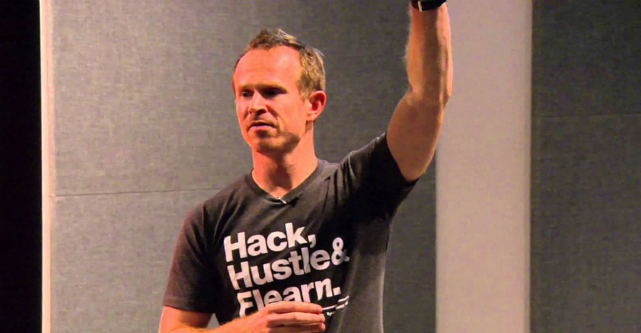 Prominent Australian founder, entrepreneur and investor Mick Luibinskas says there are three crucial questions he always asks a founder, whether he’s looking to mentor them or invest in them.

In an AMA session run by Blackbird Ventures, the muru-D entrepreneur-in-residence says he has a series of questions to test a founder’s commitment and purpose.

“I want to quit what I’m doing now and come join you for 10 years – should I?” Luibinskas says.

He then offers to buy the business right there for $5 million.

“If they want to take it then they want money, not to build something,” Luibinskas says.

And then there’s one final question.

“If you build this business and it had the impact but you went bankrupt would you still be happy?” he says.

And there are five key characteristics that he looks for in a founder:

The Q&A session also included many other lessons and takeaways for Aussie founders from the high-profile member of the local startup community.

Why you need to be global from day one

“If you can sell online like Atlassian, Freelancer, Campaign Monitor and Big Commerce, do that. If you have to sell directly then get on a plane and go to a big market.”

This will make it easier for founders to find funding and reach their true potential, he says.

“I don’t want every company to be born global but I don’t want a company that wants to be global and the team could do it but didn’t make it because they sat in Australia for three years and missed their chance.”

Luibinskas says the startup ecosystem will only be successful if it can improve on the current lack of diversity.

“It’s so important and the base is so bad,” he says.

“I’m also an oldish white male so it’s hard for me to be fully aware of my own biases. For me I really, really, really want to do better and appreciate everyone helping me.

“In the 90s what I saw and worked with was all blokes in rooms coding, and due to the long-term nature of tech companies what we have now in the experienced parts of the ecosystem is mostly blokes. Though there are amazing people from all cultures and genders.

“I actually think we are doing a lot of the right things and we need a combination of impatience for action but patience for results.

“We are not just changing an industry; we are changing a world culture. That’s a bad excuse but a reality.”

The state of play when he returns

Luibinskas is soon leaving Australia to set up shop in San Francisco, where he will still work to assist muru-D’s accelerator program.

But the entrepreneur says he plans to return in a few years, and has lofty expectations of where the local ecosystem will be by then.

“I want to be wow, blown out of my mind, unrecognisable,” he says.

“I want massive density in each city – cafes pouring out onto the streets with people in startup shirts. I want 100 more quality mentors who have actually built global tech businesses that are full-time driving the ecosystem.

“I want five times as many co-working spaces, accelerators and investors. I want to go to events and be in the audience and not see myself or the usual suspects on stage. I want to be a small fish in a big pond.

“I want to feel that coming back is not a step back but a step across.”