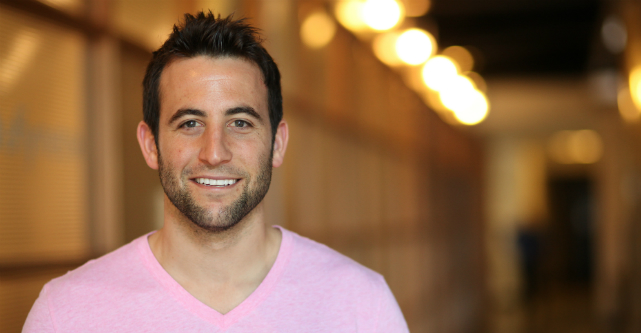 Less than two years ago, Silicon Valley native Noah Abelson hadn’t even heard of the ASX.

Now he’s the founder of a marketing platform startup that completed a $10 million IPO on the exchange through a backdoor listing last year.

Ableson says too many founders take the convention route for funding and need to look outside the box.

“Early-stage startups are started by entrepreneurs – that’s typically a person who is charting new territory and creating a new product,” Abelson tells StartupSmart.

“In the first year of ShareRoot I thought we had to get VC funding and needed to be in an accelerator. We went through 500 Startups and that’s a great program but if we had just kept on that path we would not be where we’re at now.”

The US entrepreneur says he chose Australia to list because of the risk appetite among investors and the less competitive landscape.

“It is a platform that made sense,” Abelson says.

“Against all odds I looked into it and Aussie investors have a similar risk-reward appetite to investors in Silicon Valley. The difference is that out here when you fundraise you go public. In the US that’s a laughing matter.”

He chose to go public in the first place to maintain control of his startup and avoid outside influence from venture capitalists.

“We fundraised through the ASX and still have control over the company and vision,” Abelson says.

“It isn’t to say we’re sitting here and saying, ‘oh my god, we’re just going to burn the cash and we don’t care’. We’re going to keep our investors informed.

“But what we don’t have is two or three guys sitting in our office with a majority share that are completely disconnected from our company telling us what we need to do, who we need to fire and which levers we need to dial up.

“If you can do it without getting VC money, then don’t get VC money.”

The power of rhetoric

On his fourth trip to Australia, Abelson says he has been impressed with the current debate at a government level surrounding startups and innovation.

Although acknowledging the sceptism in the community over whether the rhetoric will transform into action, he says that the fact the debate is even taking place is a step in the right direction.

“Whether you think it’s lip service or not it’s still a positive thing to see that your government is talking about it,” Abelson says.

“In the US the government isn’t talking about innovation through startups as much as the talk here. It’s not happening there.

“You hear more about innovation in startups in Australian than you do in the States.”

While the government needs to be held accountable, Ableson says it’s important to not be overly critical.

“But the government needs to be held responsible for the things that they say.”

Having been involved with startups for many years now, he says that it’s important for entrepreneurs to surround themselves with supportive and knowledgeable mentors and advisors.

“This is my second startup. With the first one I didn’t listen to anybody – I thought I had all the answers,” Abelson says.

“This time it was important to surround myself and the team with advisors. We don’t have all the answers and people like to help. We have a great team of advisors.”

Ableson says that founders also need to be resilient and have a thick skin.

“The majority of people in this world aren’t entrepreneurs and don’t take this path,” he says.

“You’re really an outlier and what comes with that is most people really aren’t going to understand what you’re doing and why you’re doing it.

“When that shows its face it results in a lot of negativity. You have to always remember that there’s going to be a lot of naysayers at every juncture. But there isn’t anybody running anything or paving a new path that doesn’t have tons of naysayers in their ears.

“You are part of a community of people that are dealing with the same thing and absorbing negativity. You have to keep pushing through it.”