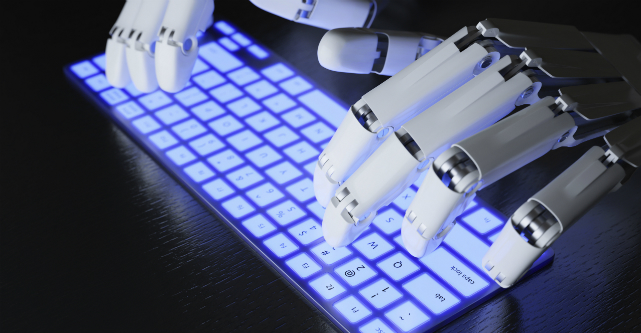 Like so many others in Australia, I’m a migrant. I jumped through all the rigorous hoops to live, work and settle in Australia.

While a part of me will always be fond of my birth country, I’ve adopted Australia as home. I believe most rational Australians are perplexed by the current debate about immigration. What puzzles me most is the lack of understating of what is actually going on.

The simple reality is that we, as a country, have priced ourselves out of many markets: manufacturing, mining, business location (tax) and even domestic tourism. It’s a well-documented fact; we have low productivity, a high cost of living and the highest company tax in the region.

This combination has forced Australia to move quickly to stay competitive; the economy is making some big moves to ensure survival, and it is starting to hurt many.

Automation – robots – are taking over many aspects of our lives. Think back to 20 years ago: you had to wind down a car window, we turned a knob on a radio to tune it in, we sent letters and accepted delayed response.

We now take for granted even the most basic of actions that have become automated. In 2016 automation is taking over further – have you bought a robotic vacuum cleaner yet? The stark reality: automation is coming to you faster than you think and that means change.

Airbus recently launched a program to use drones – flying robots – to conduct aircraft inspections. This will see a two-hour task, with a group of highly qualified people, move to just 10 minutes, with a significant increase in the quality of the outcome. The current program is ‘mildly risky, slow and laborious process (sic)’ and of course, that cost ends up in the traveller’s pocket.

The airline industry has already seen automation occur – a cockpit used to have a flight engineer. Automation (removing the human) has seen flight safety increase.

Farming, the backbone of so many regional Australian economies, is undergoing major changes too. With significant cost pressures placed on food production by us, the consumer, farmers are finding new ways.

Australian-based Swarmfarm has taken a leading global role in increasing food production for a growing population at a lower price. As farmers find workers harder to source in the major growing areas, robots are solving that problem. In Cambodia and Vietnam, the source of low cost labor for many major sporting brands, we’re seeing jobs disappear to robots and moved back onshore.

Automation is a positive advancement for our standard of living, but we must embrace the change.

For Australia, we must mitigate the risks and ‘skill up’.

Some Australian organisations are already embracing the opportunity; a major Australia company now has one person to manage 25,000 email accounts 24/7 nationally – five years ago that would have been a team of people.

A major mine operator has driverless haul trucks operating 24/7 with a small team managing the operation from a control room. Many roles and functions in Australia are already redundant and could disappear tomorrow. Many seem unwilling to make the change, believing they can fight off automation. In the end, this approach will see people losing rather than diversifying their skills.

Immigration is not the problem anyone needs to worry about – automation is more likely to take your job (you can even enter your occupation in the ‘Will a robot take your job?’ site by the BBC to discover the likelihood).

Immigration is critical to Australia; we need more people, more diverse ideas, more demand for goods and services. We need new businesses selling their knowledge to the world from Australia.

The reality is we need immigration. We need millions and millions of people to come and live in this very large and empty country. Population growth is critical to the sustained economic growth of Australia.