The grey market is there for startups to capture: Airtasker chief 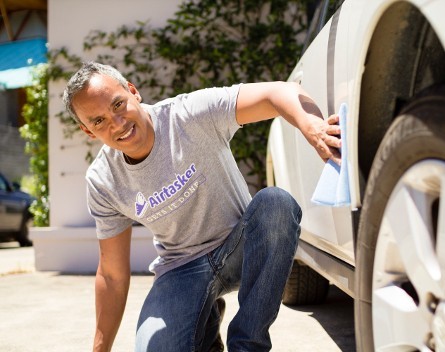 It turns out the casualization of labour is not a Gen Y phenomenon. At least, that has been the experience of one Australian startup.

Two years later, the over-55 market makes up as much of their users as their younger Gen Y counterparts. Co-founder and CEO Tim Fung says they noticed the growth in older Australians signing up to their site about six months after they launched, believing it at first to be an anomaly.

As it stands, their top “runners” (people who post frequent jobs on Airtasker and get positive feedback) mostly fall into the older age bracket, growth that has been completely organic.

Fung says he believes the success of this age-bracket on their site is down to their strong work ethic and their years of accumulated experience.

“We’ve got people with fantastic experience listing on the site, there’s an ex-Silicon Valley engineer and an ex-SMCG marketer,” Fung says.

“Most of the users of the site are very digitally savvy and know how to promote themselves.”

He put the attraction of Airtasker to this market segment down to the fact that they often faced discrimination by large employers as well as being too young to access their super, so they were still looking for a means to support themselves.

The unexpected market segment had seem them change some of the branding and appeal of the site, originally targeted at the younger market, with pictures showing youthful uni students replaced with realistic ones of the older demographic.

Airtasker, which is not dissimilar to virtual marketplaces Elance-oDesk and Australia’s Freelancer, has seen 50% market growth month-on-month.

While still a tiny market play compared to its behemoth cousins, its focus is on hyper-local job listings, which mostly require a physical presence, though there are some virtual listings.