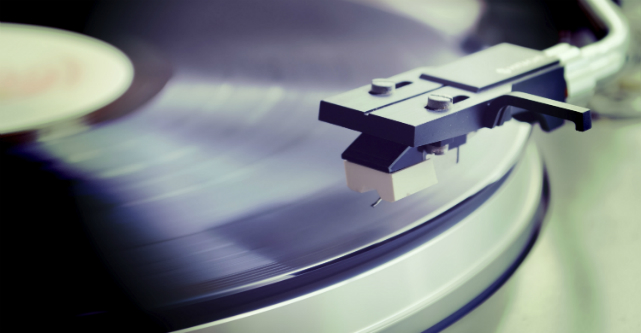 The wine industry today is like the music industry was – and that means massive disruptive change is coming.

“Sally, bring me a copy of the new J­Lo album please?”

Back in the days of Y2K and the dot­com bubble, record label executives were making simple requests of their support staff that, if they’d only known, were harbingers of the disruptive changes that would kill eight out of 10 brands in the music industry in the decade to come.

Back in those days to buy the Radiohead, Coldplay or Eminem album you wanted, you’d jump in the car, muscle through traffic, battle for a car space at Westfield and then go searching through the shelves at HMV for the CD. If it was a new release, it’d often be out of stock and we’d have to repeat the whole process again the next week.

While music brings so much pleasure to so many people, in those days the process of acquiring it was, to a large degree, a painful experience for everyone except the record executive.

While still a university student, someone told me about a program I could download to my Dell laptop (with a 2GB hard drive) that would let me acquire practically any song I could think of without leaving my bedroom.

It was called Napster and it was wonderful. No more traffic. No more car parks. No more “out of stock” disappointments.

I could have the product that brought me joy, without experiencing any of the pain that would usually be necessary for acquiring it, though the music industry didn’t like it much.

The industry spent millions to kill Napster in court, when all it really needed to do was to give us a convenient way to buy music online so that we didn’t have to get in the car.

But they wouldn’t do it. They gave us every excuse under the sun to avoid changing their ways: The audio quality of CDs was better, the cover art was more engaging; but the main one they didn’t publicly mention was: “That isn’t the way we do things”.

Businesses too often forget who they serve.

I’m quite sure there are still a few record label executives scratching their heads wondering where it all went wrong. How could they have avoided this? What could they have done differently?

It’s easy to come up with answers to these questions with the benefit of hindsight but I’ll tell you the single action the record executives could have taken that would have kept the ball in their court: They could have gotten in a car.

If they had experienced how hard it was for their customers to hand over their money they would have leapt on the golden opportunity that new technology offered.

After a career spent at companies like Apple and Macquarie Bank, where my roles included innovation management, I have gone off to start my own business in the wine game.

I created WithWine because I was dissatisfied customer stumbling my way through the wine buying experience ­ the same way you probably do.

WithWine is all about removing that pain. We want people to enjoy the wine they love without having to jump through the hoops and go through the traditional pain of acquiring it.

Many people can tell you that the wine industry is burdened with a self-­inflicted reputation for being slow to adopt to change and hesitant to embrace the opportunities afforded to them by innovative technology, just like the music industry was in 2000.

But this is changing.

The old guards are retiring and the next generation of wine­makers and winery owners are questioning the old ways of doing business, eager to challenge the status quo.

They see the wine buying experience the way we do: Through the eyes of their customers. They share our attitudes around the way things should be done: Better.

Make no mistake, this change is good for business. Making it easy for customers to buy wine will result in them buying more of it and technology makes it really easy to buy wine. It’s that simple.

While there are some who have written off the entire industry, I see nothing but opportunity.

I see people taking the time to wander the aisles and scan the wine lists with confidence. I see people discovering the wines they love, buying more of it and sharing it with their friends. I see people not being afraid to say “I don’t like that” but pouring a glass of something else until they find one they do.

Let us all learn from the examples provided to us by the history of other industries, like the music industry. Let’s shift from a reactive posture to a proactive approach. Let’s embrace opportunities instead of cowering in fear of the unknown.

Change is coming to the wine industry and change always comes faster than you think.

Richard Owens is the founder and CEO of WithWine, an early­-stage wine tech startup in the BlueChilli portfolio. BlueChilli has partnered with  Brancott Estate  to launch Winexplorer to discover the next generation of wine startups. Click here for more information.

This piece was originally published on the BlueChilli blog.