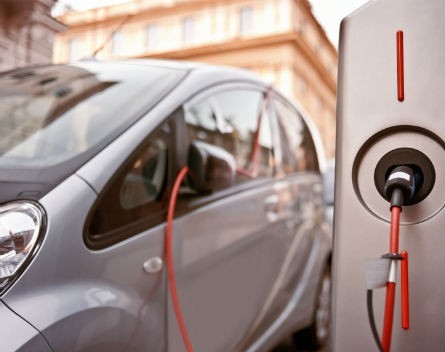 Tesla may have ambitious plans for battery technology for the home but it is also looking to upgrade its electric vehicle batteries, which will allow them to travel twice the distance they currently do. So what will be the implications for Australia?

While Australia has generally been an early adopter of new technology, electric vehicles pose more of a problem. Anybody who has grown up in regional Australia knows that being the family taxi at weekends for children’s sporting events can regularly mean a round trip of more than 200km.

The current battery life of an electric vehicle is around 160km – the Nissan Leaf is quoting an average even lower at 135km – so they are still not an option as the primary vehicle for even the most die-hard regional environmentalist.

There has been some take-up of hybrid vehicles – and they are more suitable to Australian conditions – but what is needed for those who would love to move to a fully electric vehicle?

Electric is more suited to the major cities, where they can be used for the daily commute to work (and may provide an alternative for the second family vehicle).

But the uptake of new electric vehicles is slow according to one recent report, with limited sales in the first few months of the year, although BMW claimed the most with 70 of its i3 model. (It’s a similar story in other countries where sales are far less than predicted.)

One of the reasons for the slow take-up in Australia has been identified as a lack of infrastructure to keep electric vehicles powered, especially on the longer journeys that are typical here.

The need for distance

Three main issues need to addressed if we are to see more electric vehicles on our roads are:

Technology in electric vehicles is changing fast. Vehicle battery charging stations that are being deployed in the United States and Europe are being developed right here in Australia.

New “fast chargers” will enable quicker charging, but will cost more (for both electricity at a higher tariff and use of the charger) compared to the overnight charge in the home garage. The Australian-designed Veefil by Tritium will allow for a charge of approximately 48km for each 10-minute charging cycle.

The problem is who will pay for establishing a network that will allow for vehicle charging around what is one of the greatest highway networks (by length) anywhere in the world?

We could retro-fit every current petrol service station with electric vehicle chargers – but what incentive would there be for the oil companies to even entertain the idea?

Maybe the electricity distribution companies or retailers may look at vertical integration and diversify into their chain. Co-locating at existing sub-station sites may be a feasible option for them.

There is also an opportunity for electricity generators as it will help use up the excess capacity they currently have due to falling demand.

With a maximum charging time (utilising a fast charger) being 30 minutes, shopping centres or take-away food chains may also provide a viable option, providing drivers with something to do while their vehicle is being charged. Maybe valet car charging may become an option.

While there has been much focus on the new Tesla battery for domestic use (primarily for photovoltaic (PV) systems), this is really a spin-off from what the company is doing for its vehicle batteries.

The company’s co-founder, Elon Musk, has stated that it should be able to extend the life of its batteries considerably within 18 months. This is a key area for all manufacturers of vehicle batteries and development in storage technology will flow through to the vehicle industry.

The final issue was the rising price of electricity within Australia. There has been much discussion around electric vehicles being a de-facto energy storage system for the home. However, in many cases the vehicle will not be in the garage during the day.

Electric cars will be the future, one day

For the foreseeable future, the price of charging the electric vehicle will be less than a tank of petrol and the whole distributable generation market will change considerably over the next decade.

While electric vehicles are the way of the future, for Australia we still have to wait until they go through the pain of the innovation curve for a little longer and technology makes them more suitable to our driving conditions.

It is not a case of will electric vehicles dominate the market, it is just a case of when. This is an area where Australia can play a dominant role in the long-term roll-out of infrastructure requirements for long-distance travel.