The innovation statement explained: What it means for you 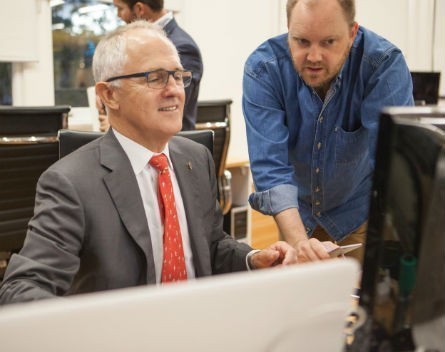 The much-anticipated innovation statement has finally been revealed, with the federal government announcing a number of reforms aimed at fostering an “ideas boom”.

It includes 24 policies across 11 portfolios costing over $1 billion and will attempt to change Australia’s culture to embrace innovation and entrepreneurialism.

But what does it all mean for your startup?

There’ll be more funding on offer

The changes to the taxation system will offer more incentives for VCs and other investors to chip in for early-stage startups, unlocking more capital for your businesses.

Those who have invested in a company for more than three years will be exempt from the capital gains tax and receive 20% tax offsets in an attempt to de-risk this process and encourage more private investment in these tech companies.

Failure is a regular and assumed part of the startup world, and now the government will be giving founders and investors more room to learn from failures. Changes to the bankruptcy laws will mean that investors in a failed startup will have to wait one year instead of three before looking at a new venture. Also a “safe harbour” from personal liability will be introduced.

There are two more investment funds

The government will be contributing $80 million total to two new investment funds: the CSIRO Innovation Fund and a Biomedical Translation Fund, both with the aim of commercialising public research and Australian ideas.

Both of these funds will be co-investments.

A big focus of the innovation statement is the government wanting to act as an example and begin to be a customer for startups.

The innovation statement includes measures to make it easier for startups and small businesses to compete for government contracts through cutting the red tape and reducing the large costs often associated with this process.

As part of a series of “challenges” startups will have the opportunity to receive funding of up to $1 million to test ideas, and a “digital marketplace” will be created.

It’ll be easier for your startup to attract the world’s best tech heads and developers under changes to the 457 visa system. The government also wants exchange students to stay in the country after graduating so companies can utilise their skills with the introduction of a new Entrepreneurs Visa.

At least five “launching pads” will be set up around the world helping entrepreneurs and founders when they first expand or relocate to an international tech hub.  Hubs will be Silicon Valley, Tel Aviv and three others and they’ll have $11 million in funding.

There’ll be more entrepreneurial and digital education in schools

More than $100 million will be invested to help teach Australian school kids innovation and entrepreneurial skills and to assist teachers with teaching coding and other technical knowledges.

Incentives for universities to collaborate with business

The government has allocated $127 million over four years for research grants to incentivise collaboration between public institutions and private businesses and will also create new means for measuring the impact and effectiveness of industry engagement.