The learning curves and sacrifices that created Canva: Start-ups are Scary Series 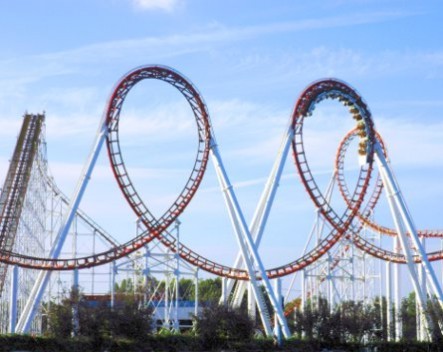 This is the second instalment in our Start-ups are Scary series to celebrate the hard work and terrifying moments that go into creating companies. The first instalment, on how international success story 99designs coped when they were abandoned by big partners, can be read here.

While online design platform Canva appears to have had a charmed run, reaching 80,000 registered users within a few weeks of launching and raising $3 million from international investors before they had a product in the market, it hasn’t always been easy.

Co-founder and chief executive Melanie Perkins told StartupSmart many moments along the way have been difficult.

“There are a lot of scary moments when you’re starting a business because everything you’re doing is against the grain of life,” Perkins says.

“The whole world aligns to make the school to university to a normal job route possible. But when you launch a company, you’re being disruptive of that and it’s tough because you’re pulling things together to make it work.”

Perkins has been pursuing the vision of disrupting and revolutionising design for almost a decade, both with Canva and the previous company that spawned it, yearbook design company Fusion Books.

Perkins says it took her almost a year to get her team together and locate great tech talent, and another year to bring investors on board. But the most challenging moment in her entrepreneurial journey was before that.

“The most challenging moment for us was actually before Canva, when we had Fusion books and decided to get the software rebuilt in the new language. But at the final, key moment, it didn’t work. And we panicked,” Perkins says.

Neither Perkins nor co-founder Cliff Obrecht had technical backgrounds, so they weren’t able to spot the issue in the code that would cause the problem until after they’d purchased it.

“We’d been trying all year to make it work and we reached the breaking point. It wasn’t going to work, so we had to find something we could. All we could do was re-create every page,” Perkins says.

Over 160 schools had filed their yearbook templates with Fusion Books. The software Fusion Books had previously used would quickly create a printable PDF version of the files, but the code in the new language faltered and they realised they’d have to do it manually.

“From the outside, it might have looked okay. But our clients would hit print, and then we’d be desperately downloading it all and re-creating these books offline. We had to download everything manually, print out every age and rework the whole thing.

Camped in Perkin’s mum’s living room, with seven brand new staff and taking shifts sleeping so they could keep the printers loaded with paper and ink, so they could print over the 16,000 pages required.

“It was the scariest thing that had ever happened to me. We’d invested years into the company at this point, and I’d put myself under so much pressure to make this work,” Perkins says.

Perkins says the lessons learned then made her and Obrecht determined to ensure they always had technical talent available in house. Locating their technical team took Perkins almost a year.

“Finding the right tech leaders was hard. I spent six months in San Francisco by myself getting little sleep, going to every conference I could trying to find and getting rejected constantly,” Perkins says.

She adds as a founder you learn to deal with constant rejection from investors and possible team members, and to use each setback to make you stronger and smarter.

“There were many moments of doubt. The world doesn’t have it set up so you can make this stuff happen easily. We were unproven and just a big vision. While I never doubted we were building the right ship, we hadn’t shown we could do this,” Perkins says.

She says despite the challenges and moments of doubt about if they could entice people into joining the team, she’s never wavered in her commitment to making it come true.

“I’ve always been absurdly determined about this, and that it was going to be successful, even when there were no signs of the coming success,” Perkins says.

“With start-ups, you have to put your whole life into achieving your goals. It took me six years, but we’re really on the way now.”