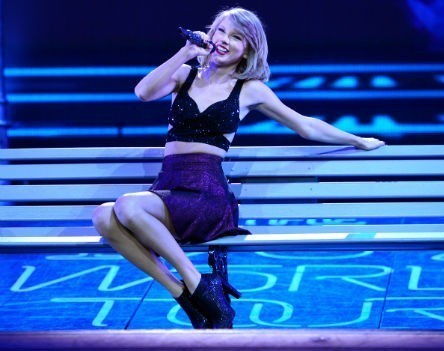 Apple has decided it will pay royalties to artists during Apple Music’s free trial period after all.

The policy backflip was announced just hours after Taylor Swift penned a strongly-worded letter on Tumblr, joining a chorus of musicians who were unhappy about the prospect of not being paid for their work.

“We don’t ask you for free iPhones,” she wrote.

“Please don’t ask us to provide you with our music for no compensation.”

Apple media boss Eddy Cue told Re/code the policy reversal was made after discussion between himself and chief executive Tim Cook.

“I did reach out to Taylor today, and talked to her, and let her know that we heard her concerns, and wanted her to know that we were making changes,” he said.

“She was thrilled to hear from us and that we were making the change, and we were grateful for that.”

Subscription service Dollar Shave Club has closed a $US75 million Series D round in a bid to launch new products in what has become a highly competitive space.

The latest capital injection values the company at more than $US500 million, according to TechCrunch.

The funding follows the startup’s $US50 million Series C round less than a year ago.

Google has officially launched News Lab in a bid to “empower innovation at the intersection of technology and media”.

“Our mission is to collaborate with journalists and entrepreneurs to help build the future of media,” News Lab’s director Steve Grove said in a statement.

“We’re tackling this in three ways: though ensuring our tools are made available to journalists around the world (and that newsrooms know how to use them); by getting helpful Google data sets in the hands of journalists everywhere; and through programs designed to build on some of the biggest opportunities that exist in the media industry today.”