The OECD’s scorecard for the Digital Economy: Australia OK, but could do better 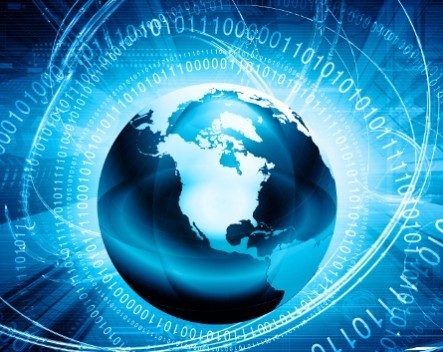 In a report that is due to be released next month, the OECD has drawn a picture of the state of the world’s digital economy, or at least that of its member countries. The reported data paint a picture of our modern digital life, with growing numbers of people accessing the internet via high speed broadband or wireless on their mobiles, enabling them to take part in social networks and online shopping.

Overall, the number of adults in the OECD countries that use the internet increased from 60% in 2005 to 80% in 2013. The gap between young and old varies according to country but in the most advanced economies, up to 95% of young people are now internet users. 70% of them also access the internet at school. Buying products and services online has now become the norm, with 50% of users doing so, and an increasing proportion of that is now via a mobile device.

E-Government services were used on average by 35% of individuals and about 80% of businesses. E-Government is defined as people accessing information and submitting completed forms, including tax returns.

A particularly interesting set of data showed the degree to which users in a particular country would watch YouTube content from that country. This was highest in Japan where 75% of YouTube views were of Japanese videos, through to the USA where 33% of content viewed was of US origin and Australia where only 8% of views was of Australian content. Unfortunately the data doesn’t tell us where the majority of content Australians watched came from but one can only assume that it was from countries like the US and UK.

Not all is quite as switched on as it would appear however. In the EU, over 60% of the labour force reported that they had insufficient computer skills they considered necessary to apply for a new job. This included just under 40% of people with a university education. Again in the EU, 30% of internet users cited concerns about security as the reason they wouldn’t buy anything online.

Computer use at work also varied dramatically across OECD countries with countries like Russia and Italy reporting over 50% of workers not using a computer at work. This figure was around 26% in the US and as low as 17% in Norway.

Companies have been slower than individuals to adopt digital ways but they have recently been speeding up. According to the OECD, “It took 15 to 20 years for slightly more than three quarters of enterprises to develop a website, but only a few years for around 30% of businesses to become active on social networks”. In the OECD countries, 94% of businesses have access to broadband, 75% had a website, but only 20% conducted any sales online. The standout country here was New Zealand where 80% of companies purchased goods online and 45% of companies sold goods online. The use of enterprise resource planning tools was lowest in the UK where only 10% of companies used this type of software.

Fixed, or wired, broadband subscriptions in OECD countries tell a different story. Korea leads the world with over 70% of fixed broadband subscribers having speeds above 10 Mbps. The USA is over 30% but Australia is down near the bottom of the list at 10%.

The impact of information and communication technologies (ICT) on the economy is huge. ICT companies spend more on the research and development than the rest of the economy and across the OECD productivity in IT companies is about 60% higher than the rest. Other analyses have estimated that the impact of wireless broaband on the Australian economy has been around $34 billion a year.

As countries continue to look for ways of boosting their economies, investing in productivity and innovation through information technologies seems the most feasible way of achieving this. This is especially true for countries like Australia where the reliance on mining is not sustainable.