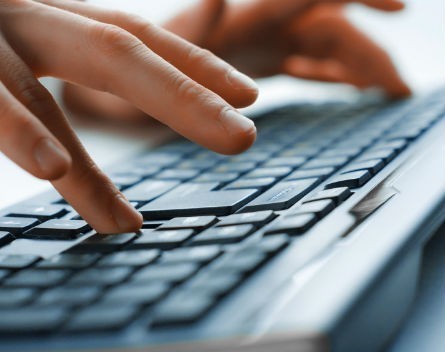 It’s official. In 2015, the keyboard has began to genuinely challenge the pen for dominance in the classroom.

With Finland having decided that it will no longer teach cursive handwriting in primary school, replacing it with typing lessons for students, and with pen manufacturer BIC fighting to “save handwriting” in Australia, it could be argued that the humble pen might finally be singing its swan song.

But what does this mean for the Australian classroom, now that smartphones are ubiquitous and gadgets are invading every part of our lives?

The relationship between education and technology

As a middle-class student growing up on the North Shore of Sydney in the 1980s, I remember clearly how computer time worked. The classroom I sat in every day had no computers, but once a week we would all queue up and march down to the computer room to spend an hour using them.

You would find a disk, boot the computer and spend a blissful hour playing Where in the World is Carmen Sandiego? or Treasure Island and learning how the computers worked. Even in my later years in high school, the computer labs were always a separate activity, reserved for special classes on “Business Technology” or “Computers in Schools”.

Now, 30 years later, my son is attending prep at a school that boasts a 1-to-1 computer policy. Every student in the school is expected to have a computer, and in later classes every student is equipped with an Apple iPad.

The teacher uses a television screen for learning connected to a Macbook Pro and builds lessons around the technology that the students have access to. As he grows up, I’m sure my son will request a smartphone of his own, and I hope that the school he goes to will encourage him to use it for learning as well.

No longer is technology relegated to just the computer. Rather, it’s built into every facet of the students lives. This has the potential to change classrooms in ways that have never been seen before.

Back in 2001, Marc Prensky coined the term “digital native” to describe a different type of individual, one who doesn’t know a world without technology in it.

I personally learnt the term around five years ago, and since then have noticed a certain amount of controversy about it’s use, especially amongst those that Prensky considered “digital immigrants”: individuals who grew up in a world before technology was commonplace.

Among the immigrants, the notion that there is a divide between those who know technology and those who don’t is difficult to come to terms with. Many counterpoints to Prensky’s work have been written, as well as other terms proposed like David White’s “Digital Resident/Digital Visitor”, or the “Active Learner” to describe the change in learning.

For some reason though, the term “digital native” persists, perhaps because, despite its flaws, it acknowledges a change the in the way that we interact with the world, regardless of our generational differences.

The best example I can give is from my own experience. When I was a student, a pen was an important implement to take to lectures and tutorials. It allowed me to not only make notes but also write down other pieces of information, like the lecturer’s contact details or the submission time for an assignment.

Now, I notice that students no longer take pens to class, and when they want to take notes, they instead use their mobile phone’s inbuilt camera.

As a “digital immigrant”, I found myself totally floored the first time that a student submitted an assignment via the online Learning Management System in front of me, and when I suggested that they print the confirmation page, they instead took out their phone and took a photo of the screen!

Add that to the ubiquity of students using their phones to check words you say in class, Google a quick question you ask, or even record your lectures for later listening, and you can understand the persistence of the term “digital native”.

The last gasp for the mighty pen

Of course, this transition is not without its challenges. Technology moves quickly, and as soon as one piece of technology becomes popular, it gets replaced with another.

This presents a challenge in the classroom, where lesson plans and pedagogy often takes longer to bed down than the life of the average mobile phone.

Add in new technology like the Oculus Rift headset and the raft of new Internet of Things devices and you discover new pedagogical challenges for the 21st Century student.

A good example of this is the use of technology in exams. We often use exams to make sure that students understand the material in a controlled environment, free of opportunities to “phone a friend” or look items up on the internet.

But how does this work for the digital native, who expects to always be connected? How do we conduct exams with these students, without resorting (as many universities do), to forcing students to write the exam with pen and paper, possibly asking them to put ink on the page for the first time in the semester?

I am currently working on a project to bring electronic exams to more classrooms, but even this presents challenges, as computers need to be locked down and student access to a global world of information controlled.

And don’t even get me started on how Internet of Things devices fit into the mix. Students are now able to use devices such as Android Wear and the upcoming Apple Watch to bring the connected world into the exam room, even when we don’t want them to.

An exam invigilator recently confessed to me that this check has now been added to their list: checking water bottles, erasers and then also what watch a student is wearing! Quite a challenge for the digital immigrant, isn’t it?

But even these challenges are surmountable. The evidence suggests that 2015 might be the year where we finally start making these changes, acknowledging that even if we aren’t sure if we should call them “digital natives”, the way that modern students learn has changed, and the tools we use in the classroom have to change along with it.

Just like the humble Commodore 64 and the TV on a trolley before it, perhaps it’s time for the pen to say it’s farewells for regular use in the classroom, replaced by the smartphone and relegated to “writing time”, just like we used to have “computer time” back when I was a kid.