The personality traits of the start-up entrepreneur 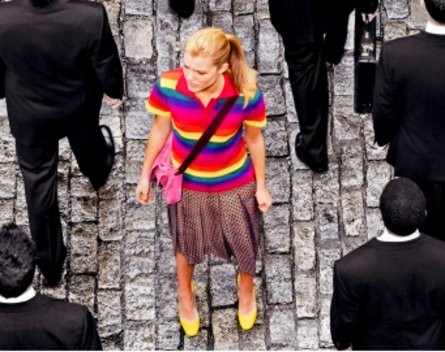 It’s no fluke that entrepreneurs are outgoing, gregarious and confident people with high levels of self-discipline.

People with such personality traits are often drawn to entrepreneurship, driven by the challenges that running your own business presents.

So, could an assessment of your personality traits pre-determine whether or not you’ve got what it takes to become a successful entrepreneur? Perhaps so, it seems.

Dr Mike Allan, a psychologist and associate director of employment advisory firm Livingstones Australia, says it is possible to predict if an individual is more or less likely to be a successful entrepreneur, based purely on their personality traits.

“You can pick an entrepreneur, just as it is possible to predict if a person has the traits likely to make them a successful airline pilot or police officer, with both professions having used psychometric assessments as part of their selection process for decades,” Allan says.

“Nearly all current research indicates that personality doesn’t really change over a lifetime, and is formed by the time someone is around 18-21 years of age. How we display that trait is dependent on culture and environment.”

Determining whether you’re cut out for life as an entrepreneur is best done via a series of questions designed to figure out a person’s approach to work and their thinking styles.

Some of the most widely used tests include such as Myer Briggs, DISC and Hermann Brain, with responses used to identify features of a person’s personality to help predict behaviour.

John Belchamber has been consulting to businesses using DISC profiling since 1998.

He founded Invoke Results, which conducts psychometric testing for businesses.

Belchamber says when you know a person’s preferred working style; it is possible to predict what they value, what tasks they avoid, how they respond under pressure, their approach to work situations and what strategies to use to work with them with a high degree of accuracy.

“In start-ups, we often find a person with a technical skill set who believes they can set up a business and work on their own. This type of person often has a profile which worked well in their employment and is excellent at providing a quality service, handling details and technical issues, but is not so good with conflict, multi-tasking and being the front man salesperson,” Belchamber says.

If you’re considering a career as an entrepreneur, understanding where your strengths lie ahead of the launch by undergoing some personality profiling can be of huge value, suggests Vanessa Gavan of business consultancy, Maximus International.

“The first year of a start-up is exciting, but often extremely confronting. There are often many defining moments and setbacks. How you respond to these is often make or break,” Gavan says.

Human relations expert Anne-Marie Orrock helps companies with personality profiling and agrees it can be a useful tool for those about to embark on their own business.

Orrock is managing director of Corporate Canary HR Consulting, and says profiling can help someone understand what parts of their business they should outsource.

Orrock describes successful entrepreneurs as typically having a personality with a high level of independence and also possessing traits of persistence. They often enjoy freedom of action, dislike working within structure, prefer to be self-directed, are often restless and have a sense of urgency, are impatient and need varied work.

“The problem here is that without the assistance of profiling tools, what each person’s interpretation of ‘independence’ or being ‘driven’ is highly subjective,” she says.

“In addition, people believe, and are encouraged by friends and family to ‘just go for it’. Profiling tools can unearth if your level of independence is enough.”

Dr Allan stresses the importance of resilience in successful entrepreneurs, saying that without it, people are likely to give up when the going gets tough.

“Most entrepreneurs can be very tough-minded and have a clear focus on what they are trying to do, and need to be a little selfish,” he says.

People engagement expert James Adonis agrees. “When you’re down to your last few dollars, getting knocked back, working more hours than you did in your corporate job, it takes resilience to continue.”