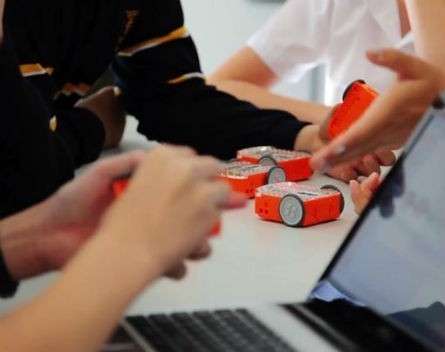 The challenges for Kickstarter-backed hardware startups don’t end once you’ve raised the money.

Microbrics’ managing director Brenton O’Brien, who is beginning to ship his LEGO-compatible Edison robots after a successful crowdfunding campaign on Kickstarter, has the extra pressure of getting his product out in time for Christmas.

“We’ve been dealing with the issues of getting products out to customers and stock into the distribution centre,” O’Brien says.  “We’re a little behind where we’d like to be, but because a lot of people ordered these as Christmas presents and we don’t want to disappoint anyone, we’re working really hard to get these out before Christmas.”

As StartupSmart reported back in August, Microbrics raised $104,958 from 1153 backers, smashing its $20,000 target. Since then, O’Brien has ordered an initial run of 5000 units, of which about 3500 have been sold either as Kickstarter rewards or as pre-order through MicroBrics’ website.

“All our production is in China and the distribution centre is in Hong Kong. We’re using a fulfilment service – Shipwire – and they’re taking care of the shipping. It’s being shipped from Hong Kong via registered airmail because two-thirds of our customers are outside of Australia,” O’Brien says.

“We’ve had a few hassles with manufacturing in China. We had a few problems with the plastics, especially with the LEGO connections. So it took a few iterations to make sure those connections weren’t too tight or loose.

“And then getting our firmware bug-free took two weeks longer than we would have liked, so it was a really hard push to keep close to our deadline.

Once those orders are fulfilled, O’Brien says he will take his engineering hat off and focus on marketing – but this raises some issues of its own.

“At this stage the only person who says this product is any good is me. But once other people get a chance to review it and see it for themselves – and see that we’ve actually shipped a product – orders are likely to pick up,” he says.

“So my big concern is we could run out of stock – it will happen sometime in January or February. We’ve ordered our next batch of 5000, but that won’t be in until March.”

For engineers looking to launch a hardware crowdfunding campaign, there are a few key lessons from the Edison experience.

“I’m a big fan of Eric Ries’ lean startup methodology, and a big part of that is getting an MVP (minimum viable product). As an engineer, one of the most difficult concepts to get your head around is the MVP. You keep wanting to make your product a little bit better before you’ve proven what consumers want – it’s called ‘scope creep’.

“So early on, if I had just worked on getting it to the point I could get a working video of it on Kickstarter, a lot of time could have been saved.”

“My other advice would be not to launch a toy so close to Christmas! You need time if things go wrong,” he says with a laugh.

Despite the challenges that go along with shipping a hardware product, O’Brien says he would do it all again.

“It’s really exciting to hear from teachers who can afford robotics for the first time – some cost $500 and this one is as little as $30 in a kit of 30. So it’s one thing to build a product you love yourself, but for other people to give positive feedback blows you away!”