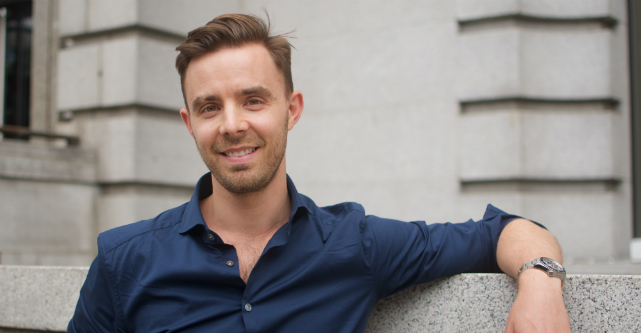 A prominent venture capitalist in the UK is returning home to Australia in a sign that the brain drain is being reversed and high-profile startup figures are being lured to the country, AirTree Ventures co-founder Craig Blair says.

Blair says it’s very difficult to find a venture capitalist with the experience of Henderson in Australia.

“We’ve been putting a lot of time into expanding the AirTree team since we launched two years ago,” Blair tells StartupSmart.

The successful investor’s decision to return home is indicative of the recent growth in the Australian ecosystem, Blair says.

“We’re delighted to have someone of his stature coming to AirTree but the bigger story is that while we spend a lot of time lamenting the brain drain from Australia, one of the golden rules of globalisation is that people come and people go,” he says.

“People go to the Valley or London, built a startup or run a fund and then they come back. We shouldn’t lose sight of that and John’s a great example of it happening.”

On the global stage

Blair says the recent growth of the Australian startup sector has caught the attention of the world, along with the government’s recent movements in the space.

“The innovation agenda that the government has been leading seems to have piqued interest around the world,” he says.

“I’ve had conversations with well-known VCs in the Valley and London who have noticed that it’s changing and are asking about what’s happening here. There are plenty of high-level, high-profile Australian investors in the Valley and the UK and they’re starting to come back.”

Henderson, who moved from Sydney to London five years ago, says this recent development played an important part in his decision to return home.

“We have world-class entrepreneurs here and it really feels like there has bene a momentum shift in their favour in recent times,” Henderson says.

“The government’s innovation statement was an important symbol of this. Australia cannot rely on commodities forever and I was pleased to see a focus on technology and innovation as key drivers of growth.”

Henderson began his career in the corporate world as a lawyer before moving to Boston Consulting Group. In 2012 he joined Facebook in a strategy and business development role before joining burgeoning tech startup Summly, which would eventually be sold to Yahoo for $30 million.

During his time at White Star Capital, the Sydney native has served on the boards of Dice, AdGlow, Hole19 and Cryex, and also founded leading artificial intelligence conference London.ai.

This vast array of experience and talent is rarely seen in the Australian investment landscape, Blair says.

“He’s a partner-level VC with experience in successfully exiting a company, and he’s been a senior executive at Facebook,” he says.

“That’s a rare combination to find and that doesn’t exist in Australia. We’re super lucky to have him.

“John has an amazingly deep and loyal reputation amongst the UK and European communities.”

Prominent investors and founders reversing the brain drain and returning to Australia is a crucial development for the wider ecosystem, he says.

“The broader ecosystem has several cogs, and we need founders coming back and starting great companies and working with angel investors and VCs,” Blair says.

“That is what a thriving and growing ecosystem looks like, and we’re starting to see more and more of it here.”