The secret recipe for making Australia a global startup destination 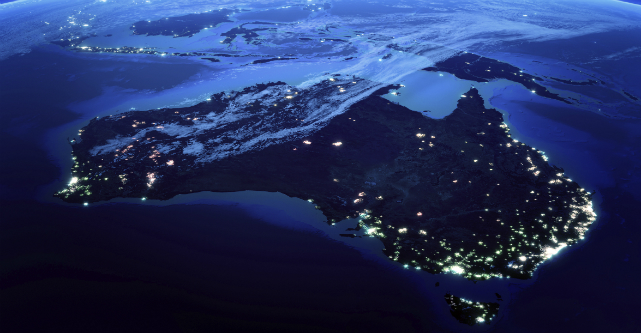 There are a number of secret ingredients needed to be combined in order to transform Australia into a global startup destination, industry leaders revealed at the Salesforce World Tour.

They all agree that an ecosystem needs self-sustainability, collaboration with the big players, hard work and local culture.

To leverage the innovative ideas offered by startups, larger corporates and institutions need to have a sound understanding of the way startups work, their culture and community, Workman says.

It works both ways though – startups and founders need to understand the professionalism, culture and frameworks of the corporate world if they want to conduct business with big companies in a meaningful way.

When approaching big companies with a solution, Workman encourages startups to adhere to certain standards of business etiquette.

Emailing a large corporate asking to meet for coffee without explaining the value or outcome in doing so will get you ignored, he says.

At Salesforce, Coffee says he often receives emails like these from founders.

“I have no idea why you’re writing to me,” he says.

When emailing a big company, Coffee says founders should highlight what they’d like to do with the organisation they’re reaching out to, why they think they can do it well and why they should meet.

At the other end, Fairhurst encourages big companies to appoint someone on their board or with executive decision-making power who understands the “speed of light” that startups work at to facilitate these relationships.

And while corporates should be open to innovative ideas and startups they should never mislead founders that reach out, Workman says.

“For all the corporates in this room, the worst thing you can do is give a startup false hope,”  Workman says.

He says an upfront ‘no’ is actually more helpful so startups can move on and refocus their efforts.

“That actually could make or break the startup,” Workman says.

Don’t be Silicon Valley, be Australia

Australia boasts a quietly proud portfolio of startups like Envato and Canva that have achieved global domination through hard work, patience and bootstrapping, Workman says, and it should never be about trying to replicate Silicon Valley.

He says Australia should use its own unique personality, talent and brand to build its own great startup ecosystem.

And with Asia and Europe on our doorstep, Workman says Australia is well placed to deliver globally successful businesses.

“Much like an entrepreneurial mindset you need a global mindset,” he says.

Focus on customers not money

Too often founders get caught up on raising massive amounts of capital or what their business could potentially offer in future rather than dedicating their efforts to learning what customers want and creating a sustainable business model, Coffee says.

The unicorn is becoming the “unicorpse”, he says.

Fairhurst says Skedulo was built with a dedicated focus on what their customers want and need.

“Our day job was working in the trenches with customers and helping them iterate very quickly from a consulting point of view,” Fairhurst says.

Startup founders should be co-creating with their early adopters, Coffee says.

And in doing so, Fairhurst encourages founders to focus their efforts on what they’re truly passionate about.

“You can get very distracted very quickly by talking to organisations,” Fairhurst says.

But narrowing focus down to delivering value to the first handful of customers before figuring out how to apply this value to the next 50 is critical to ensure you create a product that works, he says.

“For a product company, focus is critical,” Fairhurst says.

Coffee believes The Social Network movie has created a myth that startup founders can build world-changing companies haphazardly like it’s some frat-boy party.

“This is not about can you code while drunk,” he says.

“There is a professional way to be a startup.”

Workman says some of MAP’s best startups have been the ones that worked hard early on, followed good business conduct and communicated appropriately in the corporate world.

At MAP, part of the training is dedicated to soft skills workshops to ensure startups behave appropriately when approaching companies or investors.