The startup formerly known as Suppertime: Why a food delivery giant decided to change its name 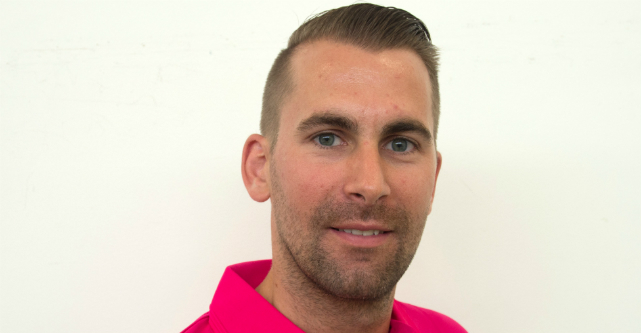 A big player in the increasingly heated Australian food delivery market has had a complete brand overhaul as the sector braces for Uber’s imminent arrival.

Suppertime, which has been operating in Sydney and Melbourne for more than a decade, has taken on the name of its parent company, foodora.

Despite being acquired by foodora towards the end of last year, Suppertime remained operating as a separate entity until this week when it changed all its branding to match that of its global owner, which now operates in 10 countries around the world.

The delivery service will also be expanding to Brisbane by the end of March and broadening its delivery times to 10am – 10pm on weekends.

The startup formerly known as Suppertime

There were two primary reasons behind the name change and rebrand, foodora CEO Toon Gyssels says.

The first is that the company encountered tech problems with Suppertime operating separately.

“That resulted in it always being a bit behind in the latest updates. Now we’ve moved it to the global brand it’ll get those updates immediately.

“It means faster access to the latest technology and the prioritising of developments.”

The other reason comes down to branding, Gyssels says.

“Suppertime is a good name and it is known but too often it’s associated with supper or dinner,” he says.

“We’re about food all day and we want to get that out there.”

While admitting he is concerned about losing Suppertime’s strong brand recognition in the market, Gyssels says it all comes down to the execution of the change.

“Foodora is a good brand – it’s not just a name someone came up with, there was a lot of research,” he says.

“We’ve prepared for it for a long time and we’re not afraid.

“Foodora is still Suppertime, nothing has changed. It’s still the same people and the same Australian DNA.”

Growth for the delivery startup since foodora’s acquisition last year has been “massive”, he says, with the company enjoying 15% week-on-week increases.

The Australian food delivery market has become increasingly lucrative and saturated, with the likes of Deliveroo, Menulog, foodora and soon Uber competing with each other.

Gyssels says his company offers a compelling service for both restaurants and users.

“For restaurants we excel at being a partner,” he says.

“We have a team of account managers with expertise in the food industry and chefs that work with the restaurants to decide the best dishes for takeaway.”

It also comes down to the knowledge the foodora team has of its customers, Gyssels says.

“Suppertime has an amazing marketing team. We’ll always be the first one to try out a new way of marketing and we constantly innovate. That makes us unique for the consumer,” he says.

“And the care we have for the customer sets us apart. Everyone working here has done deliveries; everyone has worked in the call centre. We need to know what it’s like to do a delivery and what it’s like when something goes wrong.

“A hungry customer is an angry customer. Everyone experiences that first hand – that’s the culture we have and that’s where the difference is.”

Uber recently announced that its food delivery service, which already operates in the US, Canada and France, will soon be launching in Melbourne and will no doubt shake up the already competitive market.

But Gyssels says he isn’t surprised about the announcement.

“We operate in Canada and have had to deal with Uber over there,” he says.

“Uber is a huge brand and the fact they’re coming to Melbourne is positive. It shows that it’s a really good market and will help us with new investors – if there’s competition then there’s a good market.”

He says the launch of UberEATS will force the other competitors to lift their game.

“We need to be on our toes. We need to be even faster and even better and that’s what we’ll do,” Gyssels says.

“The fact that they’re coming here keeps us sharp and will make us work even harder.”

While also planning to expand to several other cities in Australia, Gyssels says foodora will look to improve its offering in existing markets as well.

“Growth should come from creating loyalty with customers by delivering an awesome experience,” he says.

“Opening in new suburbs is easy growth, it’s more about really maximising the potential in existing areas by doing an awesome job.”