Sydney startup partners with the biggest corporate player in its game 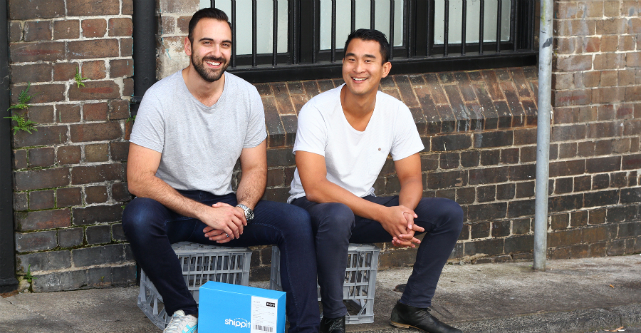 A Sydney startup working to eliminate the dilemma of missed parcels has teamed up with Australia Post in a “game-changing partnership” aiming to smarten up the logistics sector.

After successfully raising $500,000 in seed funding just months after launching in February 2015, Shippit has now teamed up with one of the sector’s biggest corporations to open the door to amplified customer reach and scalability.

Hango-Zada says the partnership with Australia Post is a marriage between a national corporation with delivery and carrier networks and a startup powered by innovative technology to improve both their services.

“You’ll see a much better standard of delivery services,” he says.

The partnership will see retailers and customers get regular updates on the whereabouts of their parcels to reduce the anxiety and frustration of delays and missed deliveries.

“If you take it right back to when we started, it was just to improve the delivery for our customers,” Hango-Zada says.

Building Shippit with this goal and the fact that more than 60% of customers will not buy again from a retailer where they’ve had delivery problems, Hango-Zada says the startup has been able to develop a simple solution for a major problem with online shopping.

“It’s all about focusing on an industry problem that needs to be solved and solving it really well,” he says.

“We focused on retail right from the get-go.”

Every month, tens of thousands of deliveries across the country are now facilitated by Shippit and Hango-Zada says this has the company on track to hit $1.5 million in revenue by midway through next year.

“We’d like to focus on continuing our growth of 50% month on month,” he says.

In upcoming months, Hango-Zada and his team will be working to release new tech delivery solutions including features to simplify how people send packages.

“We’ve got quite a deep innovation pipeline,” he says.

As it continues to escalate customer acquisition and partnerships with major players in the logistics game, Shippit has its eyes set on global expansion later on.

“Logistics is the key enabler for ecommerce, it’s the last piece of the puzzle that needs to be innovated for that market to continue to grow,” Hango-Zada says.

Hango-Zada says one of the biggest lessons he has learned as an early-stage founder is to be comfortable with the unknown.

When he started Shippit, he says he wanted it to be a three-hour delivery platform.

“We realised there was a lot more demand for us to fix standard delivery services,” he says.

“You’re starting with an idea that could evolve – a solution can take many different paths so be clear on that problem to help you deliver the right solution.”