The top 10 moments for Australian women in tech in 2015 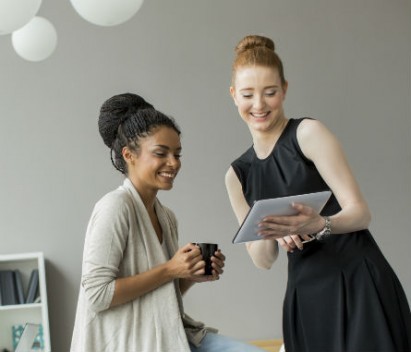 StartupAUS CEO Peter Bradd published a brilliant wrap-up of the year for startups in Australia and challenged the startup community to name its own top 10 moments in Australian tech, so I decided to crowdsource a list of badass moments for Australian women in tech.

These women are role models and super achievers of today inspiring the next generation of young women to be scientists, entrepreneurs and tech community leaders.

Disruption is the most overused word in the tech world but quantum computing is the real deal. After 15 years working out of the spotlight, University of NSW physicist Professor Michelle Simmons picked up $46 million in the Australian Government’s Innovation Statement and from the Commonwealth Bank and Telstra. The funds will be used to build a quantum computer prototype with the potential to be a million times faster than today’s computers.

Simmons does the showbiz razzle dazzle brilliantly with the ability to translate complex information for mainstream industry and government audiences, inspiring confidence that Australia may be two to three years ahead of international competitors in creating the first truly quantum computer.

In 2015, the Australian government fully embraced the concept that children need to learn to code early in primary school. This development means all girls and boys will learn computational thinking and computer science and has huge potential to inspire more girls into STEM. December’s announcement of $1 million in funding from the federal government and Telstra also sealed a brilliant year for the not-for-profit community group, Code Club Australia.

There were so many high points in 2015 for female founders, including Melanie Perkins from Canva and Jodie Fox from Shoes of Prey closing big funding rounds and Kate Kendall launching CloudPeeps in San Francisco.

Jo Burston has a goal of 1 million more female entrepreneurs by 2020 and she continues to inspire, launching a second Rare Birds book and a new online funding platform designed to connect female tech entrepreneurs with investors from four Australian venture capital funds.

In October, Liza Noonan was appointed as head of CSIRO’s ON accelerator program, which is designed to develop the startup mentality and build connections to the Australian entrepreneurial community. Noonan was previously general manager of Springboard Enterprises Australia, an accelerator program for female entrepreneurs. If Marshall is successful, the ON accelerator could go a long way to reinvigorating CSIRO, liberating ideas deep from within the organisation and making it a major hub for innovation in Australia rather than a constant target for government cost-cutting.

5. The rise of female tech investors

According to data provided by Laura McKenzie, who is CEO of Scale Investors, at October’s #PolicyHack, 96% of tech investors are male and only 4% of funded tech businesses are led by women.

Dr Elaine Stead from Blue Sky Venture Capital hates “Women Only Lists” and looks forward to the day when there’s no discussion around the issue any more. But even Stead acknowledges the need for heroes, so she’s here on this list as one of the few highly visible female venture capitalists in Australia. Closing out a very successful year of expansion, Brisbane-based Stead has spearheaded the launch of a new $200 million fund tapping institutional investors and super funds.

Women continue to be the heart and soul of “for-purpose” hackathons. Pia Waugh is the long-time convenor of “GovHack” Australia’s largest community Hackathon which now attracts significant attention from the Australian government. October’s inaugural Policy Hack included a 50% female policy, thanks to planning by Alan Jones from Blue Chilli and assistant minister for innovation Wyatt Roy

The AWShine Diversity Hackathon run by Amazon Women in Sydney and Melbourne was open to all genders, but special priority was given to female entrepreneurs and hackers. Organisers say they achieved 50-50 participation rates.

7. The establishment of meet-up groups

There was tons of women’s business networking groups helping to connect and build community established in 2015.  Gen George, founder of OneShift and Jane Lu, founder of ShowPo, have built a group with 800 members in Sydney and have just launched in Brisbane and Melbourne. Another meet-up that showcases up-and-coming female founders in Sydney and Melbourne has “grown insanely” according to organiser Sally-Ann Williams.

In March, serial entrepreneur Dr Catriona Wallace launched Australia’s first co-working space catering specifically to women-led technology businesses. This morphed into One Roof when Wallace joined forces with LA-based Gianna Wurzl and Melbourne-based corporate lawyer Sheree Rubinstein. The trans-Pacific partnership now has locations in Melbourne, Sydney and Los Angeles and will provide a platform for Australian women to expand, in a supported way, to the US.

In 2014, Nikki Durkin wrote a brutally honest blog that went viral globally about the failure of her startup. Embracing failure has become an overused startup cliche but Durkin’s post talked about the excruciating pain and loneliness of watching the business she founded as a teenager and taken to the US finally tank.

Since then, Durkin has come back to Australia, taken time out, learned to code and is back working on her next startup. She’s a key role model for other entrepreneurs because she represents the kind of early appetite for risk that Australia needs to encourage in young women to develop a more entrepreneurial culture.

While it’s great to see to see a lot of hard work going into making systemic changes, sometimes simple, spur of the moment actions can have major impact too.

My award for the most badass action by a guy in support of women in tech goes to Andrew Grill, a globetrotting Aussie based in London for IBM. In May, Grill found himself on an All Middle-Aged Corporate Guy Conference Panel in Cardiff. When challenged by a young woman in the audience, he offered his place on the panel to her. Miranda Bishop wasn’t the most experienced or highest profile woman in the room and taking up Andrew’s offer took real courage but she brought the fresh perspective of a young female startup entrepreneur to the panel.

Here’s hoping that 2016 will be an even bigger and better year for women in tech in Australia.

Nicole Williamson is a startup advisor and investor.