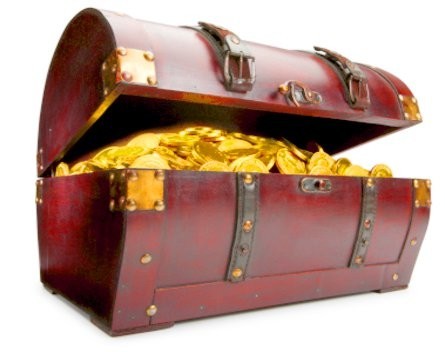 It’s been another busy and inspiring week in Australia’s start-up world. Here’s a catch-up of what you might have missed.

Digital marketing start-up ROKT gained plenty of attention after announcing it had raised $US8 million from a raft of high profile investors while online small jobs outsourcer Airtasker raised $2 million. Another Australian outsourcing platform, Cloudstaff, based in the Philippines, also raised more funding, attracting $500,000 from investors. And the makers of workplace safety app SafetyCulture closed a $3 million fundraising round.

Meanwhile, a report from investment tracker Preqin found global angel and seed funding had surged over the past five years, but follow-up series A funding was lagging, and Craig Stanmore offered some tips for start-ups and small business when it comes to managing their cash.

The Australian Private Equity & Venture Capital Association told us about meeting with federal Treasury officials about tax investment issues affecting start-ups, and we found which states were the best to start a business in following research by Pitcher Partners into tax levels.

Also, co-working network Hub Australia revealed it was planning on expanding by hiring a general manager and experimenting with business models.

Starting up a business is a challenge and this week we heard how several battled through setbacks to succeed.

Tom Howard, co-founder of travel search website Adioso, revealed how his team pushed through after underestimating the challenges they faced, while sole trader Leola Foon explained how a life threatening brain aneurysm set her on a course to starting her own healthy meals business.

Also, the team at Quad Lock explained how they quadrupled sales of their mobile phone mount by choosing a focus, and Jonathan Weinstock shared with us his experience and key learnings from a recent Entrepreneurs’ Organisation event in Sydney.

Congratulations went to Australian social media aggregation and curation platform Stackla after it announced it had partnered with Twitter.

Also partnering up were Australia Post and donation platform GiveEasy over the Christmas period.

And Google and digital education group General Assembly have joined to offer an eight-week online course for aspiring tech entrepreneurs.

Queensland tech start-up Nubis went to Europe’s largest start-up and investor conference and told us what they saw there, while business consultant Athena Prib explained three ways to turn an idea into start-up.

We also heard from Canberra accelerator program Lighthouse Business Innovation Centre about what holds entrepreneurs back, and Amanda Jesnoewksi suggested five blog post ideas for your business for when you’re stumped what to write about.

And as the countdown to Christmas speeds up, Michael Hansen offered some business tips to get you through the silly season.

Topics to watch and upcoming events

Generating discussion on Twitter this week was research that showed creative freelancers were finding it harder to make ends meet, with outsourcing sites blamed.

A new hackathon event in Sydney is offering $13,500 in prizes to the best coders and Optus-Innov8 Seed has partnered with a Sydney education technology start-up community to host a pitching competition on December 11.

If you’ve passed a major milestone and have news you want to share, please get in touch directly: rpowell@startupsmart.com.au

You can sign up for our free weekly newsletter here.