The world is watching: River City Labs welcomes seven new startups into its accelerator program after most competitive application process yet 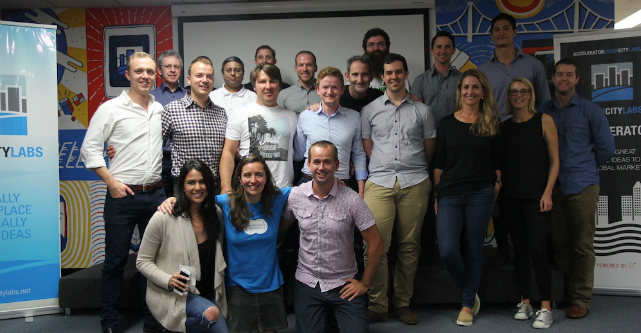 The seven startups that will be taking part in the River City Labs and muru-D accelerator program have been announced following the most competitive and global application process yet.

More than 80 teams from Denmark, Turkey, Canada, Singapore, Vietnam, India, Indonesia, Philippines and Australia applied for a spot in the Brisbane-based accelerator program.

“We had a way bigger reach than what we expected without any marketing overseas,” Macken tells StartupSmart.

Though all seven startups selected come from Australia, Macken says an Indonesian team did make it to the final round.

“Australia is becoming a bigger space as a Southeast Asia marketplace,” he says.

“A lot of accountability is being held over them,” Macken says.

“We’ll be helping teams push through the boundaries people put in front of themselves, those artificial boundaries.”

Through a series of market classes, Q&A sessions and open office hours with “subject matter experts”, Macken says teams will build their startups while gaining critical knowledge in areas like law, compliance and the R&D tax incentive.

All of this will be underpinned by creating product fit and market growth.

“It’s making a product people want and people rave about and get behind and champion,” he says.

With support from muru-D, the startups will also get $60,000 in funding in return for 6% equity.

The funding will be split into three payments at the beginning, middle and end of the program and after graduation there will be the opportunity to seek follow-on funding.

“The follow-on fund will back these teams as they grow,” Macken says.

What attracted Macken and the selection panel to the chosen teams was their ambition and dedication.

“They have great drive and vision for themselves not just here in Australia but throughout the larger market space,” he says.

Some of the most exciting innovations of this cohort work in telecommunications, Macken says.

Innovative Drone Solutions measures the power of radiation at telco towers to improve and make it safer while SiteSee maps them to enable companies like Telstra and Optus to collaborate and meet compliance.

“The guys that are running these two companies, they’re very, very specific in their engineering background, which is in RS engineering,” Macken says.

“There’s probably four of those people in Australia that qualify in it.”