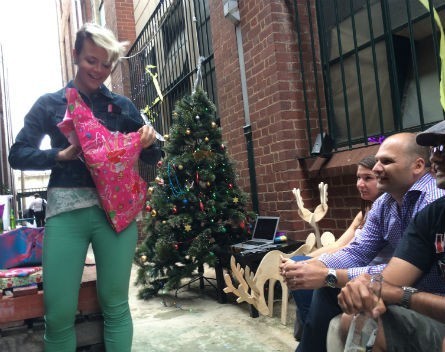 In conjunction with AngelCube, this December StartupSmart is challenging all those would-be founders out there to turn their ideas into reality. Here’s the first in a series of articles we’ll be running over the next two weeks that we hope will provide some inspiration for those that need that extra push. Be sure to follow along, support one another, and share your journey using the hashtag #2015istheyear.

It’s that time of year when we look back on what was, and ahead to what’s next. It has been a huge year for startups, from Facebook’s acquisition of WhatsApp for $19 billion to Melbourne’s own LIFX raising a $12 million A round from Sequoia.

There’s been more than a few local success stories, and we’ve been lucky enough here at AngelCube to count some of our alumni amongst those. Australia has even got its very own Startup Show. The local startup scene is rocking!

No doubt you’re looking forward to some well-earned R&R over the Christmas/New Year period, spending time with the family, spending money on the family, eating enough food to feed a small family… And as you sit there, eyes glazed over in a food induced coma, you think about how the years fly by, each faster than the last.

You start reflecting on what’s going on in your life, what you’ve achieved and accomplished, and what you haven’t. Chances are good that if you’re reading this, one of those unfulfilled ambitions is to run a startup.

The good news is, now is the best time, bar none, to do something about it! You’re already set to make some New Year’s resolutions right? Make one of those resolutions the commitment to starting. Do something about that frustrating problem at work. One thing that would make your life, or the life of someone close to you, that much better. That stroke of genius which will change the world and make you so rich that you could literally buy Christmas next time it rolls around.

Now for the bad news: if you stay on the couch, nothing much will change (surprise surprise). This isn’t a 12-month gym membership that you give up on by February, nor is it 12 months without drinking that you forget by Friday. It’s simply a resolution to start.

We’ll cover what you need to know to get your startup off the ground over Christmas with some follow-up articles. But for now it’s on you to make that commitment. Write it on your hand. Tape it to the back of the toilet door. You can even tweet about it – we’ve got you covered with a snazzy hashtag – #2015istheyear – should you decide to do so.

Remember; there’s no idea too crazy; no idea too small; no idea too ambitious. No one is saying your idea has to change the world. No one is saying you have to make the next Facebook, or be the next Elon Musk. But you have to do something. Otherwise it will be the end of 2015 before you know it, and you’ll be sitting on your couch, eyes glazed over in a food induced coma, reflecting on how the years pass by ever faster, and your startup dreams remain unrealised.

Committed and ready to get started? Good. Our next instalment in the series is ‘How to validate your idea over Christmas’ and it will be out shortly. Remember: #2015istheyear