Free to a good home: The startup turning trash into treasure 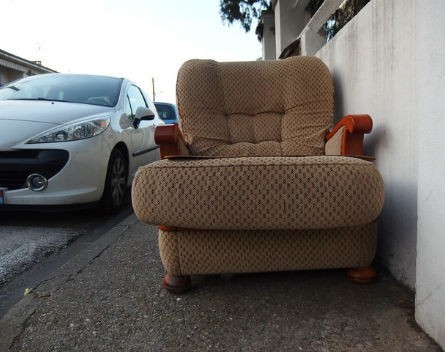 There has long been a breed of urban scavenger that has taken great delight in searching through the collection of old furniture, broken appliances and other odds and ends that gather by the kerbside on indestructible rubbish day.

It seems there is no shortage of people trying to find a treasure amidst someone else’s trash by giving preloved goods a second lease on life.

Now a startup called Ziilch is updating the concept by taking the old goods ‘on the nature strip’ online.

Ziilch founder and managing director Michelle Power told StartupSmart describes Ziilch as being an online marketplace, like eBay, except with one key difference – everything’s available for free.

“It’s been operating for three years now. I originally had the idea in 2008 or 2009, when renovating my home,” Power says.

“I had a lot of items being thrown out because they weren’t suitable for donation.”

While Ziilch is a national website, Power says its user base at this stage is the strongest in its home city of Melbourne.

“We have a very active community across Melbourne of just under 50,000 members, who have posted just under 17,000 items in total,” she says.

Aside from both being free to browse and offering free goods, it is also free to place classifieds on the site. The only catch is that users need to organise their own collection.

“Our revenue stream at the moment mirrors Gumtree. We use traditional Google ads, as well as some charges for premium listings,” Milne says.

With growing concerns about the amount of waste generated by consumer culture, Milne predicts the demand for the service is set to grow.

“We see Ziilch as becoming a household name over the coming years,” he says.