Growth, How I Did It, Sales & Marketing

This Australian company is making zombies a (virtual) reality 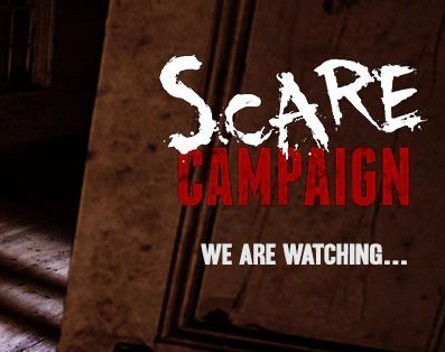 Australian virtual reality production company Jumpgate Virtual Reality has released a 90-second trailer for the upcoming Cyan Films horror film Scare Campaign, which will be the first Australian movie to be accompanied by a virtual reality experience.

“We started a company called Convergen about eight years ago. That’s an animation company that designs visuals for infrastructure projects,” Andreacchio says.

“I first became aware of Oculus Rift DK1 [development kit] a few years ago, and began talking to architects and builders to see if it was relevant. They loved it and thought it was novel, and we began searching for a value proposition. The problem was the first headset was very low resolution, but it was indicative of what the technology could do.

“In the past year, you’ve had a number of big developments, including Facebook buying Oculus, the DK2 has been announced, and Samsung has released its own headset.

“We decided to start another company, called Jumpgate VR, that’s a production company specialising in virtual reality. We pulled across a few people from Convergen and began working on entertainment, events, AFL clubs and symphony orchestras to try to find the value proposition of virtual reality.”

Jumpgate Virtual Reality’s latest VR production is titled Scare Campaign: The VR Experience, and includes an elaborate set (the decommissioned Beechworth Lunatic Asylum in north-eastern Victoria) and a storyline. A 90-second trailer, free for anyone with a compatible headset, is now available on the company’s website.

“The main story is a conventional feature film by the two directors who did [2012 film] 100 Bloody Acres – Colin Cairnes and Cameron Cairnes – and stars Olivia DeJonge,” Andreacchio says.

While not disclosing at this stage what the AFL project involves, Andreacchio says Jumpgate VR is working on interactive virtual reality projects for a major toll road operator and an induction training project. The company has also created virtual reality films of live concerts and events.

“One of our early pieces was a concert by [chamber music ensemble] Seraphim Trio… We shot them at the Melbourne Recital Centre in full 3D, and we’ve also recorded a few earlier proof-of-concept concerts,” Andreacchio says.

Andreacchio says the technology is moving very fast. The aim of the projects is not to just “do a piece here and there”, but to explore the technology and help Australia remain at the cutting edge of the virtual reality industry.

“The way we look at it is this: look at smartphones. At first, people wanted one because of the novelty. After seven or eight years on the scene, it’s only now that something like Uber has emerged, and that’s a massively disruptive development.”