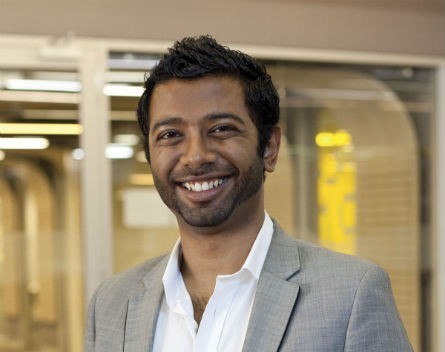 Charitable crowdfunding website Chuffed has surpassed $1 million in donations just under a year after going live.

Chuffed founder Prashan Paramanathan comes from a background in management consultancy. He had been working in the non-profit sector and international development sector for a number of years before he launched the platform.

It was after a few conversations with friends that he realised crowdfunding was a fund-raising avenue underutilised by not-for-profits.

“That’s not a great experience, but they want to do something, they’re socially conscious.”

Chuffed launched last October, with almost $500,000 of capital from the Telstra Foundation, but it wasn’t until earlier this year when the platform helped Edgar’s Mission, an animal sanctuary for rescued farm animals in Victoria, raise more than $160,000 from almost 1800 donors in 14 countries.

“A lot of the value-add is in campaign strategy,” Paramanathan says. “A lot of the organisations are fantastic at what they do, but running an online campaign is a new skill set.”

Chuffed provides plenty of advice to not-for-profits looking to raise money through crowdfunding and other means. Running workshops and offering resources that deal with fundraising in general.

Paramanathan estimates “tens of thousands” of people have made donations using the site, to between 200 and 300 campaigns. The average donation is $87. Chuffed doesn’t take a mandatory cut of the money. Instead it asks donors to decide how much to contribute to the platform, as well as their chosen cause.

“What we’re trying to solve is the need for a great donor experience,” he says.

“For a great donor experience you need to create transparency in the sector, and our model is an expression of that transparency. People know how much is going to the organisation, how much goes to the bank in credit card fees, and people get that it costs money to run these platforms. We trust our donors understand that. And that’s proven true.”

After its success in the Australian market, Chuffed is looking to expand internationally next year, with Asia in its sights.

“Australia has been our first market and we’re very much of the view there’s a lot of room for growth in Australia. The next stage is definitely international, probably early next year,” Paramanathan says.

“We’re starting to private beta test international campaigns. I think there’s big potential in Asia. I don’t think it’s being serviced very much. I think there’s a lot of new money that can go into philanthropy there.

“The Australian business is growing to a stage where it could get profitable relatively quickly. From a financial point of view, we’ll probably look at raising more capital, for an Asian expansion, over the next six months. It’s not an expensive business to run, so it won’t be huge numbers that we’re looking to raise.”