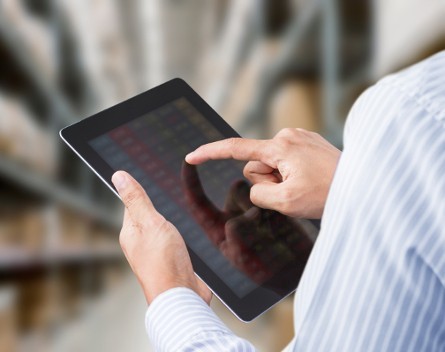 The on-demand storage space is heating up in Australia with the official launch of Melbourne startup Boxly.

The company works by delivering and picking up heavy-duty boxes to customers and then storing people’s items in them for a small monthly fee.

The business model is similar to SpaceWays, a storage solution which launched in Sydney in February this year after graduating from the Berlin-based Rocket Internet program.

According IBIS World, the self-storage industry in Australia is worth more than $750 million.

Speaking to StartupSmart this morning, Boxly co-founder Misha Saul said he was aware of the competition his company would face but that it was not a copycat business.

“We’re definitely aware of SpaceWays but from our perspective we’re focused on making our service as good for the customers as we can – we’ve found that’s key,” he says.

“We think it’s a matter of really proving to customers that they can trust their things with us. It’s going to take time and that’s fine – we’re here for the long run.”

Saul says he and his co-founder Ronan Fenton came up with the idea after finding it difficult to store their belongings while travelling or in shared housing.

“When you go travelling you get a lot of things stuck in between,” he says.

“You don’t have a lot of big items, but you have a bunch of small things that are a real hassle to take care of and you have to go to a storage facility somewhere and put it in a big expensive box or room and go pick it up. That was a real pain-point for me.”

The on-demand self-storage space is one to watch, according to Saul, in the same way that on-demand technology has affected grocery shopping and takeaway deliveries.

“I think it generally fits into the idea that property prices are rising in major capital cities, living quarters are getting smaller – businesses have less space – and smaller apartments are getting built,” he says.

“If you go skiing or camping once or twice a year, that’s really bulky stuff and it’s taking up half your wardrobe space or just sitting in a corner. You wouldn’t think about putting it in storage but now you’re able to have them outside of your home but always having it at your fingertips. We’re about making that experience a lot more affordable and also in a very hassle-free way.”

As for how Boxly can get an upper hand on its competitors as well as more traditional businesses, Saul says the trick will be talking to customers and figuring out how to improve the service and customer experience.

“For example, when you’re speaking to mums or people like that it’s really interesting to learn of all the other applications it has – like putting kids’ clothes or toys in storage,” he says.

“They don’t want to throw them away because they’re waiting for new kids, but that would never have occurred to me. And how many people store things with their parents? The feedback we’ve had from parents is we’d love to get rid of this stuff.”