This startup will make you save every time you spend 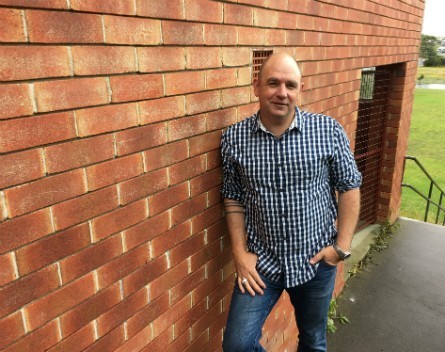 A new Melbourne-based startup wants to help you save money without even thinking about it.

WealthNation CEO Jason Kaye says digital piggy banks are revolutionising the way we save and his startup aims to get millions of Australian Gen-Y’s into the habit.

“Seventy one per cent of Australia’s 4.2 millennials don’t save any money,” he says.

Kaye, a former ANZ executive with a banking career spanning more than a decade, says the growing distrust of banks and sometimes the complexity of traditional savings methods create barriers that deter everyday people from saving.

“Unfortunately, and somewhat embarrassingly for someone who worked in finance at such a high level, even I got some pretty dodgy advice that cost me and my family quite a lot of money,” he says.

To address the problem, Kaye teamed up with former Expensify CFO Tony Zakula from Silicon Valley to create a secure and simple product to grow people’s savings.

“WealthNation is a digital piggybank that will give people the ability to save small amounts of money without constant thought, discipline and action,” he says.

It works by rounding off transactions processed on every day credit and debit cards and transferring the change to a savings account.

Standing out from the digital piggy bank pack

While there are an increasing number of startups like Sydney-based Snapsave and US-based Digit that help people digitally save, Kaye says WealthNation’s automated savings product incorporates a sophisticated interface and features to make saving effortless, simple and quick to get going.

One of the features the team is working on will allow WealthNation users to instantly link their bank account by snapping a photo of their driver’s licence.

Kaye says WealthNation will be completely free to use and is confident it will stand up to regulators.

“We want users to get the full benefit of all their savings and interest,” he says.

“We’re dealing with people’s livelihood and security is critical so there’ll be no cutting corners there.”

Kaye and Zakula started working on the idea in early 2015 and by September, they secured $250,000 in seed funding from private, high net-worth individuals.

This funding helped them launch a test version of WealthNation in December last year enabling them to develop the product before release this year.

To date feedback has been very positive and Kaye says he is surprised by how fast the user base is growing.

“We are getting good validation and the product will be available in the first half of this year,” he says.

The fintech scene in Melbourne

WealthNation comes as an exciting development in Melbourne’s startup scene, particularly, as it closes in on Sydney to become Australia’s fintech hub.

Kaye says his strong connections stemming from an extensive career in high-level banking and embedded relationships with startups and accelerators gave him a strong base to get WealthNation up and running.

“A lot of people helped me get to this point so I’m happy to share my experience and facilitate introductions,” he says.