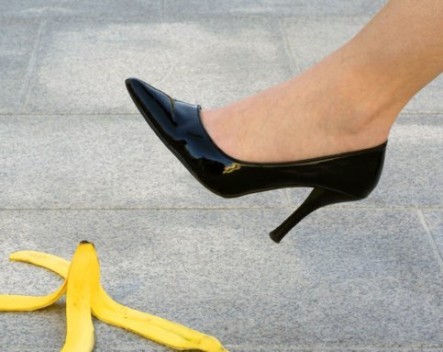 Most start-ups fail not because the idea is wrong, but because entrepreneurs give up rather than make the necessary corrections to their execution, articulation or to-market strategies, says a start-up mentor.

“No one likes to admit they got it wrong. But it’s not about getting it wrong; it’s about not getting it quite right yet. There isn’t necessarily a solution to every start-up issue, but there are lots of ideas that are fundamentally right but need a bit of work,” Pino says.

She adds even wildly successful start-ups such as Facebook and PayPal had to pivot early on.

“When they started trying to distribute their offering to a wider market, the market said ‘that’s not quite what we want’. So they made a few tweaks and created massive companies,” Pino says.

Tell the whole story: Don’t break the idea down too much

Given the emphasis on starting small and scaling, Pino says it’s not surprising many start-ups undersell their ideas by focusing on particular elements.

“We see this issue most with start-ups looking for investment,” Pino says. “Investors need to know what the whole pathway is. A lot of people break their business into smaller tasks so it seems more manageable. But it’s not these little things that add value or excite investors, it’s the whole that does.”

She adds start-ups need to be able to explain and inspire the whole vision of their company, as well as be able to exactly what funding would go towards and the impact of this on the bigger plan.

Validate how much your solution is actually worth

Because start-ups are usually inspired by a problem the founder is passionate about solving, it’s essential to test your solution with real customers.

“People often get into business on a personal passion or problem, so they really care about what they’re fixing. But you have to find out if the market has the same view of the problem. They may have it, but how much do they value the solution?” Pino says.

“The confusion for a lot of people is seeing a problem that is clear to them. Make sure you’re clear on how the market sees it too, and be realistic about if and how much they’d be willing to pay to fix it,” she says.

Embrace change and be proactive

All entrepreneurs need to be nimble, but those in rapidly changing industries have to be especially proactive in managing risks.

“People who think founding a start-up is actually creating a job themselves often get a big surprise. It’s difficult to walk away from a job with structure, and find you’re the whole company, and you need to be across every development in your space and be ready to change.”

Pino adds the Canberra start-up scene is a case in point at the moment, as many start-ups and small businesses that rely on government contracts are scrambling to diversify their customer base in preparation for inevitable changes that come with a new government.