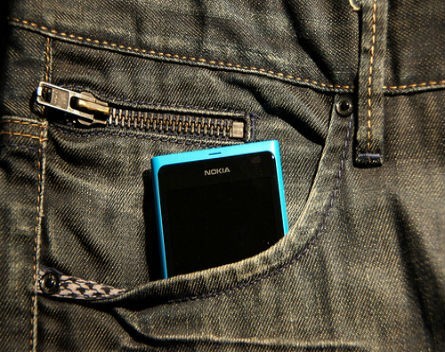 Time-lapse photography app Project Tripod has announced it has cracked the 30,000 download mark since going live on April 23, with founder Catherine Eibner looking to the construction industry to build the user base further.

The Windows Phone app allows users to create time-lapse animations and other effects by taking a photo of a landmark (for example a bridge or a building), returning to the same location later, then taking a second shot that is perfectly digitally aligned to the first.

The photos are stored through a cloud-based API which allows a number of users to contribute digitally aligned photos of the same landmark.

The app has won a number of prizes, including €50,000 ($69,500) in seed funding from Nokia and Microsoft’s joint investment program, AppCampus, in June of last year, and the NSW Innovation MVP Grant.

Eibner told StartupSmart the app takes time-lapse effects out of the hands of “high end videographers, documentary makers and scientific organisations” and places it in the hands of ordinary smartphone owners.

“The Project Tripod team have spent a large portion of the last year building a Windows Phone exclusive app and enterprise scale cloud powered API that allows people to use their mobile device to make and contribute to long-term time lapses,” Eibner says.

“Photos are taken on a smart phone with the app installed. What’s cool is that these can be taken one person, or 100 people, who may or may not know each other over a period of minutes or over 10 or more years. The images then get aligned by the cloud API. This is where the magic happens and where they become a perfectly aligned sequence of images.

“Once you have the sequential images, the generation of outputs is now possible, such as traditional time lapse animations, multiple image blends that are only possible when images are perfectly aligned.”

Developing a consumer app has allowed Project Tripod to also develop a scaleable, enterprise-ready back-end system that has already attracted the interest of an international infrastructure construction giant.

“Construction firms require a quick and cost effective way to professionally and accurately record the historical progress of the projects they have underway globally,” Eibner says.

“Project Tripod is garnering interest from global companies in this space because they are able to utilise their existing work force to gather the required imagery rather than go to the expense of locating and negotiating access for major camera infrastructure.

“It is also of interest because we are able to make available the time lapse imagery of the constructions progress to stakeholders such as clients and senior management located around the world.”