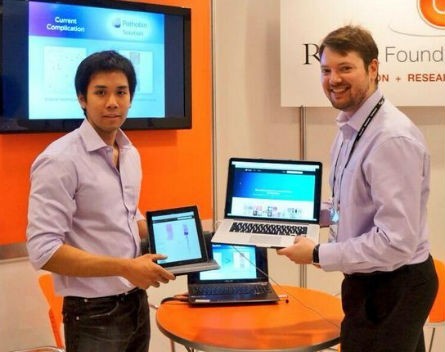 The Tin Alley beta program has finished the selection process for its winter internship program, with benefits anticipated both for students and the startups they’ll work for.

Under the program, 10 tech interns from the University of Melbourne will spend one or two days a week over 10 weeks working with five companies. Applications for the winter program opened in March and closed on July 16, with shortlisted companies interviewed on July 22 and internships beginning on July 28.

One participant in the winter internship program is digital pathology startup Pathobin, which has taken three interns through the program.

Pathobin co-founder and chief executive Shane Battye told StartupSmart his startup is giving interns the opportunity to do innovative, cutting-edge work in terms of hardware and software development.

“We’re providing a web service that allows pathologists to upload images based on their glass slides, and are also working on hardware that will help pathologists to digitise their slides,” Battye says.

“What you had in the past is that a surgical specimen – any lesions – had to get processed in a laboratory on to a glass slide. Glass slides are difficult to share, transport and research. By digitising, you can overcome some of the issues.”

Battye says that while his startup has a backlog it wants its interns to help out on, there’s also a lot of scope for them to pursue their interests in a range of areas, including web software, smartphone app development and robotic hardware development.

“Interns we’ve interviewed and selected have diverse talents. So it will definitely be a two-way process where they learn from us as we learn from them. We’re very excited about the Tin Alley program,” Battye says.

One of the interns set to work for Pathobin is software engineering student Oscar Morrison, who told StartupSmart he is excited about the opportunity the program presents.

“From an intern’s point of view, it’s an exciting opportunity to work with an up and coming startup, backed by the University of Melbourne, as well as a great chance to get industry experience,” Morrison says.

A past participant of the program, Dan Williams, who now works for 99Designs, told StartupSmart a Tin Alley beta internship helped to give him a start in his career.

“It has been a pretty amazing experience,” Williams says. “I did an internship [with 99Designs] over summer and got along with everyone very well. I worked with the CTO, Lachlan Donald, on a project to improve how designers are matched to people who need them, using some pretty interesting computer science.”

“They offered me the opportunity to continue working for them three days a week while I continue my studies.”

For his part, Battye encourages startups to participate in the Tin Alley beta program, noting the diverse pool of young talent coming out of the University of Melbourne.

“The most important thing is to just get out there. All startups have something to offer interns,” Battye says.

Applications for Tin Alley beta’s summer program are set to open in mid-August.