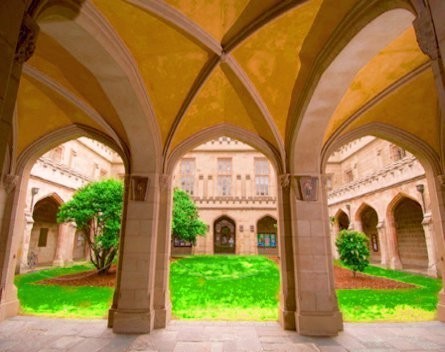 The University of Melbourne’s Tin Alley beta program is set to expand, with three universities – Monash, Swinburne and Tasmania – joining the initiative.

“The program is a form of community infrastructure that fulfils a core need, and that’s access to talent, bringing together stakeholders,” Wood says.

“Startups spend a lot of time and effort on looking for tech talent, while students often don’t know to look to find opportunities to work for startups.”

An official announcement of the expanded program will take place at an event at the offices of 99Designs in the Melbourne suburb of Richmond.

While applications for the 2014 program don’t open until mid-August, Wood says the event will be a good opportunity for startups to get familiar with the program.

“It’s really to announce the program expansion, explain how the process will work for the expanded program, and it’s an opportunity for startups to talk with partners, fellow startups and ex-students,” he says.

For startups wishing to go further, Miguel warns that the selection process is competitive in finding the best startups for the talent.

“It’s a fairly basic online application that involves the need for tech talent and the potential role for people being selected, then there’s an independent panel of peers to make a selection on the best environment for the student,” he says.

The original program ran last year and paired five Melbourne University undergraduates with local startups to get a feel for what running their own tech company looks like.