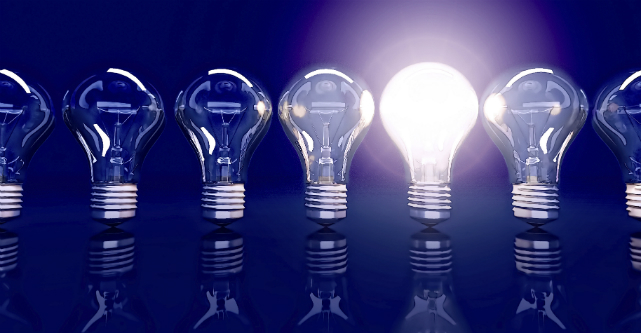 Australia has many successful, innovative industries, such as wheat, wool, beef, lamb and cotton. And Australians are not averse to taking risks. Our shrewd investments in chancy mining tenements have paid handsomely.

But we do not invest in areas in which we lack familiarity. And neither should we. We do not expect anyone to invest where they do not understand these four things: the customer; where the market is moving; the nuances of the technology and its applications; and what competitors are up to.

Similarly, no one would want to place their money or their superannuation funds in companies that introduce new work practices, technologies or product lines without a high degree of knowledge and information about the market, what works and has not worked in the past.

To acquire this knowledge we need a considerable degree of connectedness into world markets. We know that businesses that fail to change will eventually ossify and die. But we also know that innovation and change are risky investments for any business. Invest at the wrong time or misinterpret the market and you can lose massively.

Nonetheless, our experience over the last 50 years has shown that new-to-the-world innovation risk can be managed. That is, the business environment can be de-risked to some extent by triangulating (that is, verifying through multiple sources) relevant information and by pooling risk.

We can learn a lot from the successful Australian primary industries in this regard.

Each major agricultural product group has an R&D corporation, jointly funded by farmers and government. It identifies common industry problems, appoints experts to research these problems, translates their findings into practical solutions and then delivers the message to the farmer. The individual farmer does not have to bear the full risk of the innovation – this is shared by peers with joint problems.

By the time a proposed innovation reaches the farmer, much of the risk has been removed.

These problems are not all technological. They can be about consumer preferences, or what competitor countries are doing. The characteristic that binds these businesses together is that they all target the same global production chain.

It is not reasonable to mechanically apply this rural R&D corporation model to other Australian industries wishing to break into global production chains or to upscale their presence (potential candidates being processed food, medical devices and advanced manufacturing materials among others).

However, they have several salient features that other industries can learn from. The model recognises that the export success of one business has positive spillover effects on their local competitors. Either because of an effect on reputation, a demonstration effect or just the sharing of information, when your neighbour does well internationally, you also benefit.

The R&D corporation model is constituted under acts of parliament. This means their members can think long term with the (near) certainty that their plans will not be scuppered by a change of government or minister.

The RDCs are owned by industry. They reward and encourage industry leaders – unlike many current industry policies that reward industry rent-seekers. The former want genuine changes that improve productivity and spearhead exports. The latter want tax breaks and loopholes and favourable town planning decisions.

R&D corporations have an in-built extension service whereby new industry solutions are brought, in person, to the farmer at his or her location. It recognises that in small and medium-size businesses, the CEO is also the CFO, the COO, the cook and the cleaner. They do not have time to regularly scan the environment for opportunities.

Arguably, more than 95% of productivity improvement comes from merely copying what the best in the world are doing. This is the low-hanging fruit.

Research has found that many businesses do not realise that they are inefficient or, if they do, they may not know how to implement the necessary changes. A networked and connected industry group, which is resourced to help firms that want to change, could be the best investment Australia has made for a long time.

Many of the generic activities discussed above already exist, or have existed in Australia. So why don’t we have a Silicon Valley or a Boston bio-tech sector? Why is Australia still scratching around at the bottom of all the innovation league tables?

I suggest the reason lies in the failure of the high table of government to understand the sociology of business and appreciate the scope of inter-firm benefits within industry clusters.

When groups of related businesses locate close to each other, they deliberately or inadvertently share information, new ideas, work practices and contacts. Their scale creates a market for specialised service and intermediary firms, including specialised research and training organisations. In turn, this makes the whole industry more efficient.

Although both the Commonwealth and state governments have run management awareness programs, trade missions and industry research programs over the last few decades, most programs are small or short-lived. They are regularly renamed – which means industry has to relearn the new nomenclature and rules over and over. It is not clear why this is done, but the effect is to raise the transaction costs of dealing with government.

This lack of scale and stability appears to be a curious feature of Australian industry policy. Few programs and policies are objectively and independently evaluated. What evaluations exist are not made public. Often programs are “evaluated” by commissioning external consultants to collate a few case studies and make guesstimates of the economic value of a program.

These are not credible evaluations. Anecdotally, I understand most are not taken seriously by the central government agencies that hand out the serious money. The result is that industry programs remain in the miscellaneous parts of the budget.

Rather than cut corporate tax, a better solution would be to earmark a portion to return directly to industry through programs that meet their designated needs.

Elizabeth Webster is the director of the Centre for Transformative Innovation at Swinburne University of Technology.