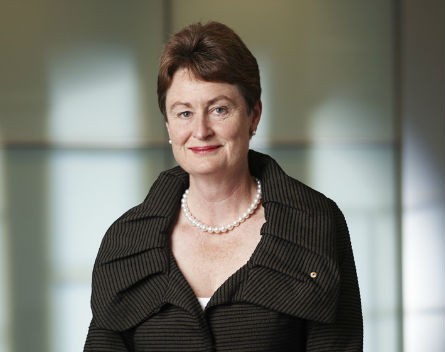 The Business Council of Australia’s report from consulting house McKinsey & Company – revealing a startling lack of competitiveness across virtually every sector of the economy — is a challenging read. It’s deep in data and McKinsey DNA — and is a genuinely substantive attempt by the BCA reform group to shift big business into a far more sophisticated relationship with the public sphere.

But Google the release and the only public debate has been whether this is a return to the 1980s national champions strategy. That policy was popularised by Harvard guru Michael Porter; it won favour among industry policy advocates in Canberra, seeking a post-tariff-wall reason for intervention and regulatory respite.

Thirty years on there are some who still want to fight that war. Meanwhile, what seems to have been lost was the key point of the BCA report: that all key indicators of Australia’s economic competitiveness have gone southward. The measures were benchmarked against United States numbers — and the gap may well have been larger if compared to the Asian tigers.

While economic income growth has remained truly impressive, the data shows this has come largely from our lucky position as the local quarry for Asia.

The BCA report reveals this growth streak has marked a sharp decline in sectoral competitiveness, as other countries and economies have embraced the massive opportunities globalisation and digitalisation have presented.

This occurs as natural demographic factors (baby boomers retiring and ageing) begin to profoundly drive down growth — and federal Treasury warning clearly the salad days of 3% growth will be but a memory. More likely, if we do nothing, is a country with enclaves of wealth — but suburb after suburb, town after town, of tepid growth.

Take professional services (which of course includes McKinsey) as an example. The data reveals that far from being world leaders, our legal, accounting and consulting firms are in fact laggards. On every measure of value-add, cost and labour productivity, our professional firms are well behind US peers.

Advisory — including the big public sector policy departments — used to be a monopoly business, but Google and Twitter (the former for knowledge, the latter for collaboration and discussion) has finished that. The more honest in those professional firms and agencies know they are living on borrowed time, and are applying their own brainpower to what advisory should be — circa 21st century.

If we know anything about the last decade, it is that the twin phenomena of globalisation and digitalisation is shaping our world far more than even the evangelists would have predicted.

And at a speed which is leaving corporate debris everywhere — and profoundly, challenging our policy and academic institutions’ ability to understand, let alone react.

In this complicated world getting it right really matters. Just as you would advise a complacent teen, the simple message BCA chair Catherine Livingstone (pictured) delivered this week was: focus.

The world is a tough and competitive place and owes you no favours. Focus and get your act together and you will prosper, don’t and you face a life of mediocrity and all that comes with being an also-ran.

For those in positions to shape this future, it will take energy, leadership and persistence to drive the changes needed.

In practice, this also suggests having the curiosity and intellectual dexterity to challenge arcane and absurd thinking. We all know some of that archaeology includes policy shibboleths from the 1900s .

Take, for example, the sector Livingstone as chair of Telstra is familiar with: telecommunications. For nearly a century this was the fiat of government — owned, run and regulated via the Postmaster-General’s Department and Telecom. As a result it is a sector deeply shaped and driven by regulation.

Government got out of the hardware business for a short period — but is back big time via the National Broadband Network (and what a success that has been). Until recently Canberra has determinedly been hanging onto the regulatory piece. Part of NBN reassessment is to consider if we can finally get the horse before the cart, and have the market drive the industry.

And forget an army of policy and regulatory officials and high-payed industry compliance executives, arguing over arcane access pricing models and a raft of micro-consumer regulation (e.g. font sizes on bus ads).

Tough call, but if the last two decades of regulatory settings had got it right, we would never have needed an NBN.

If there is one lesson from the last 10 years for policymakers, it is keep out of things we don’t know. The best case study for this hands-off approach is the digital industry itself — computing and the internet to be precise. In digital, smart companies like AOL have risen and fallen, devices like the Flip camera have boomed and flopped. A reminder that no one has a crystal ball on how it will pan out. But the bottom line is, with precious little government intervention, this sector seems to have been mildly successful.

Adopting the BCA approach, it will take real focus to unwind a century of deep government involvement in telco. This can be piecemeal, or forthright. History and overseas experience suggest incrementalism will mean we will still be micro-managing this sector in a decade.

Meanwhile, the (unregulated) Skypes, Vibers, iMessages and WhatsApps of the world look and act like telecom companies. And watch as they capture whatever value lies in the cash-rich voice and SMS market. Thereby leaving the telcos of the world, like our Telstra, Optus and Vodafone, running the pipes — just like a dumb water utility.

Personally, I would add one more requirement to the BCA list: courage.

Tom Burton is publisher of The Mandarin based in Sydney. He has served in various public administration roles, specialising in digital engagement, and was a Walkley Award-winning journalist and executive editor of The Sydney Morning Herald.

This article originally appeared on The Manadarin.