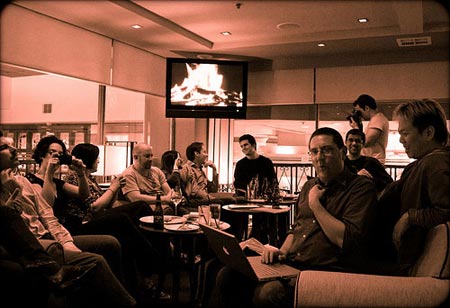 The demise of start-up networking group The Hive after nearly four years of facilitating socialising and guest speakers across Australia shouldn’t be concerning for budding entrepreneurs looking to meet like-minded souls.

After all, as Hive co-founder Ross Hill pointed out, there are now plenty of meet-ups that are aimed squarely at start-ups.

Regular events are held at co-working spaces such as The Hub, while start-up hothousing get-togethers such as SydStart, Startup Weekend or Innovation Camp Brisbane are essentially lengthy networking sessions.

There are also plenty of online tools to connect you to the right gathering, whether that’s Meetup or industry-specific destinations such as tech network The Fetch.

“When you find an event that has some really awesome people who you resonate with, ask them what other great events they have been to recently,” advises Hill.

“That will lead you to the best ones for whatever industry you are in. But also (use) the internet. There are great videos on YouTube, and podcasts on iTunes. If you find a great one, buy a ticket for next year.”

But where to start? We’ve compiled a list of 10 of the best start-up meet-ups across Australia.

Where? Sydney, Melbourne and Gold Coast

A pioneer in Sydney’s start-up scene, Silicon Beach has become the group that any self-respecting tech start-up has to attend at least once.

Launched by Bart Jellema and Kim Chen, the group started off holding drinks every Friday in Sydney, a tradition that continues to this day. Expansion has been rapid, however, with networking events now held in Melbourne and the Gold Coast, along with the addition of a podcast and a jobs board.

Silicon Beach has even got political, lobbying the Government to invest more in Australia’s tech industry and railing against the proposed internet filter.

Launched in 2008 by sustainability network the Shaper Group, Sustainability Drinks is now a monthly fixture in every state capital bar Perth.

Created to facilitate discussion about sustainability, the events have a distinct business edge to them, something that is set to become more pronounced following the passage of the carbon tax.

Formed in October 2005 by Brendan Lewis, Dr Terry Cutler and Peter Lewis, The Churchill Club describes itself as “Victoria’s largest community of technologists, entrepreneurs and innovators, whom share ideas, wisdom and experiences”.

The club, which charges for tickets, manages to attract some heavy hitting entrepreneurs to talk on a range of topics, including sourcing investment, sales and marketing.

One of several overseas networking ideas to emerge in Australia, Jelly was set (sorry) in 2006 by two New Yorkers who realised they liked working from home but missed the brainstorming and camaraderie of a traditional office.

While the gatherings attract many tech types, Jelly is open to anyone with a creative bent, from cooks to photographers. Ideas are bounced and collaboration is fostered.

In 2006, Americans Brady Forrest and Bre Pettis came up with the idea of snappier form of presentations, interspersed with some valuable networking.

Calling itself a “geek event” that now spans 100 cities across the world, Ignite guarantees five-minute presentations by allowing only 20 slides per speaker, which automatically change every 15 seconds.