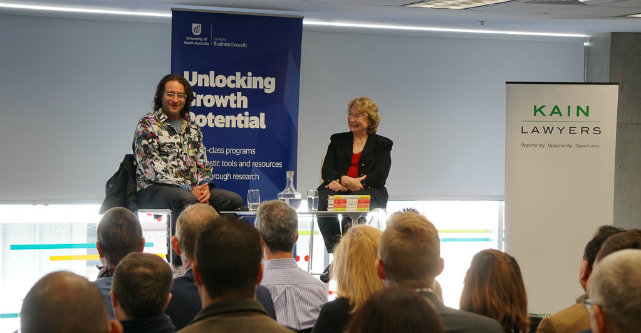 According to one of the world’s top venture capitalist, any reasonably-sized city can transform itself into a thriving startup with a lot of passion and talent.

Speaking at an event hosted by the UniSA Centre for Business Growth, top 20 VC Brad Feld spoke about how he helped grow the now dominant Boulder startup community in the 90s and how Australian cities can follow in its footsteps.

“I have a deeply held belief that you can build a startup community in any city in the world that has at least 50,000 people,” Feld says.

“And every city in the world that has 50,000 people needs a startup community if it wants to be a vital long-term city.”

After witnessing the growth in that city, Feld developed the ‘Boulder thesis’ and identified four crucial factors that any city needs to implement in order to nurture local startups.

1. It has to be led by entrepreneurs

The investor says that every city is split up into “feeders and leaders”.

“The leaders are the entrepreneurs and the feeders are everything else,” he says.

“If you don’t have a critical mass of leaders who are entrepreneurs then your startup community won’t make any progress.”

While the feeders, including government and investors, are crucial to a city’s development, if the push isn’t led by founders and entrepreneur it’s doomed to fail, Feld says.

“If you are an entrepreneur and you realise something is missing in your startup community you should just go start it,” he says.

“That wonderful chaos is a key part of the dynamics around startup communities.”

2. You have to take a long-term view

A startup ecosystem won’t be magically built overnight, Feld says, and the process should be viewed as a 20-year cycle.

“This is critical and it’s one of the separations between leaders and feeders – most feeders run on a much shorter cycle,” he says.

3. You have to be inclusive

A startup ecosystem needs to be open to anyone that wants to participate in it, he says.

“You have to be inclusive of anyone that engages at any level and be more aware of diversity across all dimensions,” Feld says.

“If you want to build a vibrant startup community you have to include anyone that wants to be involved.”

A community needs to have regular events focused on entrepreneurial in order to bring every group together, Feld says.

“You have to have activities and events that engage everyone continuously at all levels of the startup community,” he says.

“It can be anything but you especially have to have a focus on the practice of entrepreneurship – that’s why accelerators and startup weekends are so impactful.

“It’s one thing to sit around and talk about things but then you’re not practising entrepreneurship.”