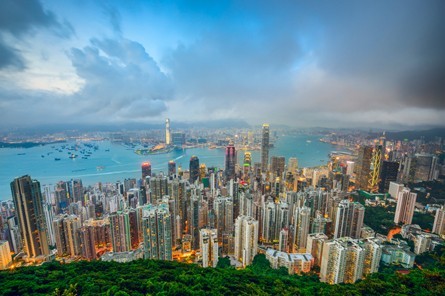 A coalition of 30 leading players in the Australian fintech scene has put together a policy paper outlining how to make Australia the “top dog” in Asia by 2017.

The report, which aims to make Australia “lucky by design through fintech”, has been signed off on by a broad group of 30 fintech startups and founders, and was led by some big players including MoneyPlace CEO Stuart Stoyan, Stone & Chalk CEO Alex Scandurra and Fintech Melbourne founder Andrew Lai.

The policy paper compares Australia’s fintech landscape to the global leaders and outlines many key areas that need to be change in order for the community to grow and becoming the most important player in Asia.

Now is a crucial time for fintech in Australia, Scandurra says, and it’s important that all stakeholders are working together.

“Disruption comes in waves so timing is everything,” he says.

“The age of fintech started four years ago and if we act with focus and conviction at a political level we stand a good chance of becoming the top dogs of fintech in Asia.”

“I’m incredibly optimistic that in the space of a few short weeks about 30 leading fintech founders, leaders of meetup groups, innovation hubs and VCs have all rallied together form across Australia to unite around this higher purpose.

“It’s an incredible moment that so clearly demonstrates the power of partnership and collaboration. We have provided to government a united voice.”

“Competitive and geographical boundaries have been put aside as a group of over 30 members of the fintech community have come together in a relatively short time to agree to a set of priority policy recommendations for the industry,” Stoyan says.

“The paper calls out the key policy initiatives that Australia needs to put in place to ensure Australian fintech is globally relevant.”

It’s recognition that now is a “pivotal” moment for the industry in Australia, Lai says.

“It’s incredible to have the fintech companies, many of whom are competitors, truly collaborate and work together to ‘grow the pie’,” he says.

“We, as an industry, can either become more competitive or face international competitors taking all the market share.”

The policy recommendations zero in on some key areas of regulations and laws impacting the fintech scene: lending, wealth and insurance, equity crowdfunding, payments and data and digital currencies and the blockchain.

It points to how some of the leading players globally – the likes of London and New York – worked to foster the ecosystems, and where Australia is falling behind.

“To win in fintech in Asia, we must at a minimum come up to par, if not lead the way in some areas,” the paper says.

“Australia lacks the agile regulatory environment necessary for startups to test and learn quickly and cheaply.”

The paper recommends fintech investments to be granted tax advantages, for regulations surrounding equity crowdfunding to be loosened, and for more adaptive rules around digital currencies.

It says fintech in Australia is fast approaching a crossroads, and can go either way depending on how the government adapts.

“If we continue with our current policies and go down a similar path as has been the experience of the media industry with potentially half the $30 billion of [fintech] profits at risk of disruption being ceded to global players such as PayPal, Stripe and Facebook,” it says.

“Or we can adopt serious and meaningful policy changes that will enable local fintech players to effectively compete in, retain and grow the Australian financials services sector, and even scale to be globally competitive.

“This would facilitate a scenario where the revenues, jobs and taxes are not only protected, but grown.”

Backing from the fintech community

“I think the approach is sound because it combines top-down policy initiatives with bottom-up tactical recommendations that could potentially change the fintech landscape overnight,” Morris says.

“Requiring banks and brokers to open up access to customer investment data would be a game-changer.

“This would give Australian consumers real choice when it comes to shopping for the best adviser, accountant or fund manager.”

Scandurra emphasises that Australia needs to act now to become the leading player in Asia.

“Once a city becomes the dominant technology cluster it makes it almost impossible to compete for the talent and capital they attract from around them,” he says.

“The good news is that we have the best innovators, inventors and creatives in the Asian region, we have a very advanced retail banking sector, the world’s fourth largest pool of super funds and a new political leadership that is showing all the signs that they ‘get it’.

“It’s time for fintech to rise in Australia.”