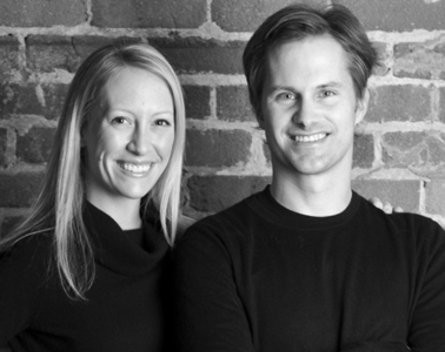 Kevin and Julia Hartz had just got engaged when they decided to tackle the frustrating world of ticketing, launching a rough and ready online platform in 2006 called Eventbrite.

Since then, the company has grown from a couple with big dreams to a global company with 350 staff and over one million events hosted by the platform in 2013.

The Hartz are in Australia to launch a local office, because despite the small population, 4% of their business comes from Australia.

They shared their top five tips for startups with StartupSmart.

Start slow, stay focused and set yourself up for success

Eventbrite grew slowly at first, but organically all along. They say their best tip for growth is that it’s sheer hard work.

“Customer acquisition in the beginning was hard,” Julia says, adding the biggest challenge was to convince event organisers to try Eventbrite out. “Honestly, back then, our biggest competition was email and Excel.”

After getting early users at a few technology events, the network began to unfurl as they focused on opening up a whole new market segment of independent coordinators rather than major venues.

“It’s extremely hard to focus throughout the whole lifecycle, particularly at the beginning when you’re looking for opportunities to grow. But you need to know what you really want to do, and we wanted to help organisers sell more tickets.”

As the team began to get traction, the Hartz started experimenting with growth strategies.

“Really we grew through lots of incremental growth and we were very focused on the ‘how’ when we got new users,” Julia says.

“We realised people could share where they were going and promote their events in a new way. We moved quickly to integrate our platform with their APIs,” Hartz says.

Run your company as a team, because that’s what it is

As the company began to take off, the couple realised they needed to scale their team quickly, but wanted to make sure they grew properly.

“We’re a team and in a sense family,” says Kevin. “We spend a lot of time together and you build strong relationships. As the owners, we certainly want everyone to do their best work and we can help with that.”

They add despite the rapid growth, they still both work in the middle of an open plan office and move around to ensure they’ve got a sense of what’s going on in every team.

Julia and Kevin’s cofounder relationship has required extra effort and care as they are also married and parents together.

“We’ve learned to manoeuvre around it,” Julia says. “It comes down to divide and conquer. We don’t work on the same thing at the same time, partly to avoid conflict and overlap but also so we can get to where we need to be faster.”

She adds while they don’t have hard and fast boundaries between work and home, their kids provide a natural buffer and balance.

Startups are always hard so dream big and make it happen

Kevin adds often new founders underestimate both their own potential and just how much work is needed to make a business work.

“Go after very large markets. If you’re going to throw yourself in, think really big. It’s just as hard to build a world wide impact company as a new small product impact,” he says.

He also adds that trends come and go, and if everyone is doing something it’s probably not the best direction.

“Be contrarian. And make your idea happen your way even if it means swim against the tide.”

The couple have no plans to exit Eventbrite.