Trademark troubles and the day Adobe went after Envato: Start-ups are Scary series 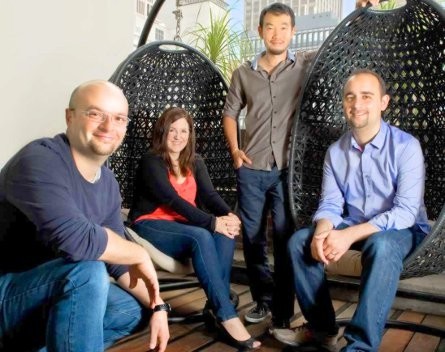 When two-year-old Envato received a firmly worded legal letter from tech juggernaut Adobe in 2009, the team thought their business was over.

“We were terrified. It was just, oh my god our company is about to be demolished. Terrible things are going to happen and our world was rocked,” co-founder and business intelligence director Vahid Ta’eed told StartupSmart.

Launched in August 2006 by four co-founders in Sydney, Envato was originally called Flash Den, after their first marketplace that connected buyers and sellers of Flash content.

Despite registering a logo including the word “flash den” when they launched, they didn’t attempt to trademark the word until 2009. This is probably what triggered Adobe, which owns the trademark for “Flash”, to send the young company a sternly worded letter.

“We got a concerning, and I would even say ugly, letter from Adobe’s lawyers. I still remember reading it, my heart was beating crazily and sweating,” Ta’eed says.

According to Ta’eed, the letter informed Flash Den of a series of legal consequences if they didn’t change their company name, website and trademark swiftly.

“They were a massive company. It felt like the Borg had come and we were about to be devoured,” he says.

(For those who may not watch Star Trek, the Borg are an alien race that forces other races into their collective by turning them into cybernetic organisms.)

Flash Den was managing four marketplaces with a team of 15 who had worked hard for two years to build their brand.

“We worked through the panic. At first you’ve just got to get past the denial and anger, but then we realised we wanted to switch away from just selling Flash anyway, so maybe a forced branding change wasn’t such a bad thing,” Ta’eed says.

They renamed that particular marketplace and their business from Flash Den to Active Den, which enabled them to include emerging technologies such as Microsoft’s Silverlight.

They negotiated with Adobe to keep the Flash Den domain for a few months so they could redirect users to their new site.

The team decided to be transparent about the issue and communicated the brand change through a concerted PR effort that included stories in TechCrunch and the Washington Post.

“We’d moved beyond just Flash, but we were still that brand, bolted onto that word. To move beyond it was challenging but as a start-up you do what you have to do,” Ta’eed says.

The plan had always been to build a portfolio of marketplaces selling online content such as website templates and stock photography. Armed with a deeper understanding of trademarks and a more nimble approach to branding, the Flash Den team went on to explore new company brand names.

They originally explored the possibility of rebranding to Eden but abandoned that plan due to the difficulty of trademarking a common word.

In 2010, they bought Envato for about $1000 out of a catalogue of brands, complete with the brand, domain and first logo.

“I remember when we picked it; I wasn’t convinced we seemed like an Envato. But now it feels like we’ve always been this,” Ta’eed says.

Armed with a new brand, they went on to launch four new marketplaces. The team never took any external funding.

“Being entirely self-funded is pretty cool. You get to make your own decisions and your own mistakes, which you learn from and live with,” Ta’eed says.

Envato now employs over 100 people in Melbourne, with another 100 scattered around the world. In seven years, they have paid out over $140 million in payments to the marketplace “authors” or content creators.